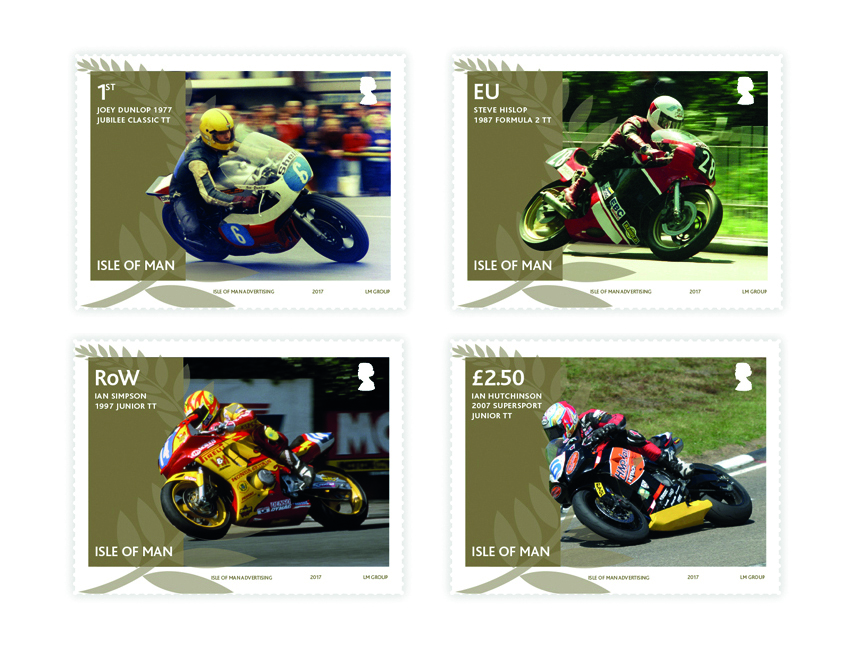 A unique new stamp collection produced by the Isle of Man Post Office, celebrates four landmark moments, in 4 multiple TT winners, careers at the most famous road race in the world. 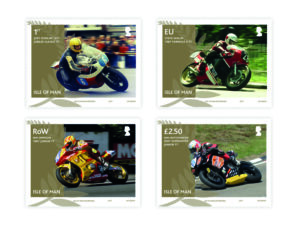 “It has been a few years since we released a TT stamp issue but we couldn’t miss the opportunity to celebrate four important anniversaries falling in the same year.

This set is a tribute not only to the achievements of each of these popular racers, but also to the remarkable history of the event, which marks its own 110th anniversary in 2017.

We’re delighted with the stamps and hope fans all over the world will be as excited about the TT Winners issue as we are.”

“The Jubilee Classic TT 40 years ago was the beginning of an incredible success story which saw Dad take 26 wins, a record which remains unbroken today.

I think its brilliant that the Isle of Man Post Office has commemorated his first win like this, it’s a wonderful record of an important day.”

14 times TT winner Ian Hutchinson, added his delight at been included in the new stamp collection:

“Winning a TT race is such an incredible feeling, and it is a great honour for my first victory to be featured on a stamp.

I’ll never forget the buzz of taking the chequered flag in 2007, and I’m so pleased the 10th anniversary has been commemorated like this.

To be featured alongside three TT greats has made me really proud and I’d like to say a huge thank you to the Isle of Man Post Office for including me.”