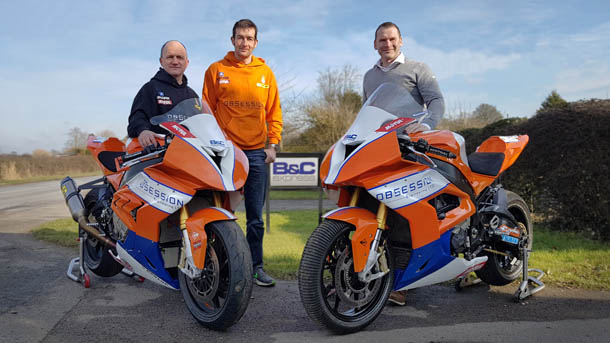 TT stalwarts Dave Hewson and Eric Wilson are joining forces for TT 2018, with both set to compete under the DHRR/Obsession Engineering banner on S1000RR BMW’s in the RST Superbike, Royal London 360 Quantum Superstock and Pokerstars Senior races.

Previously TT team mates in 2013 and 2014, between them they’ve completed 72 TT races and have combined 22 years experience of Mountain Course competition. 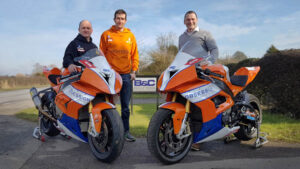 Speaking today about re linking up with fellow event mainstay Wilson, DHRR racer/Team Owner Dave Hewson who alongside his 1000 BMW mount, will also pilot a ZX6R Kawasaki in the Monster Energy Supersport races, stated:

“It’s great to have Eric ‘Reckless’ Wilson back on board an orange rocket. It will help both of us to share setup data and give us a bit of competitive fun within the team.”

Adding a huge thank you to team backers such as Carrot Cycles, Motul, B+C Express, he said:

“Without our wonderful sponsors and supporters we wouldn’t be able to compete at the world’s greatest and fastest road races.

We are very grateful to them all, and cannot wait to get the show on the road and fly the flag for them.” 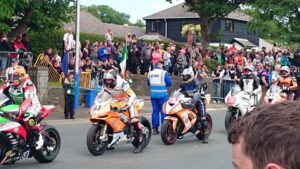 “It’s an honour to run alongside Dave in his Obsession Engineering Ltd colours, with his help & experience I was able to fulfil a childhood dream back in 2014.

So I hope to pick up where I left off then, although I am under strict instructions not to overtake the boss again!!

The BMW is the most powerful bike I’ll ever have ridden, and I’m looking forward to testing this proven package again.”