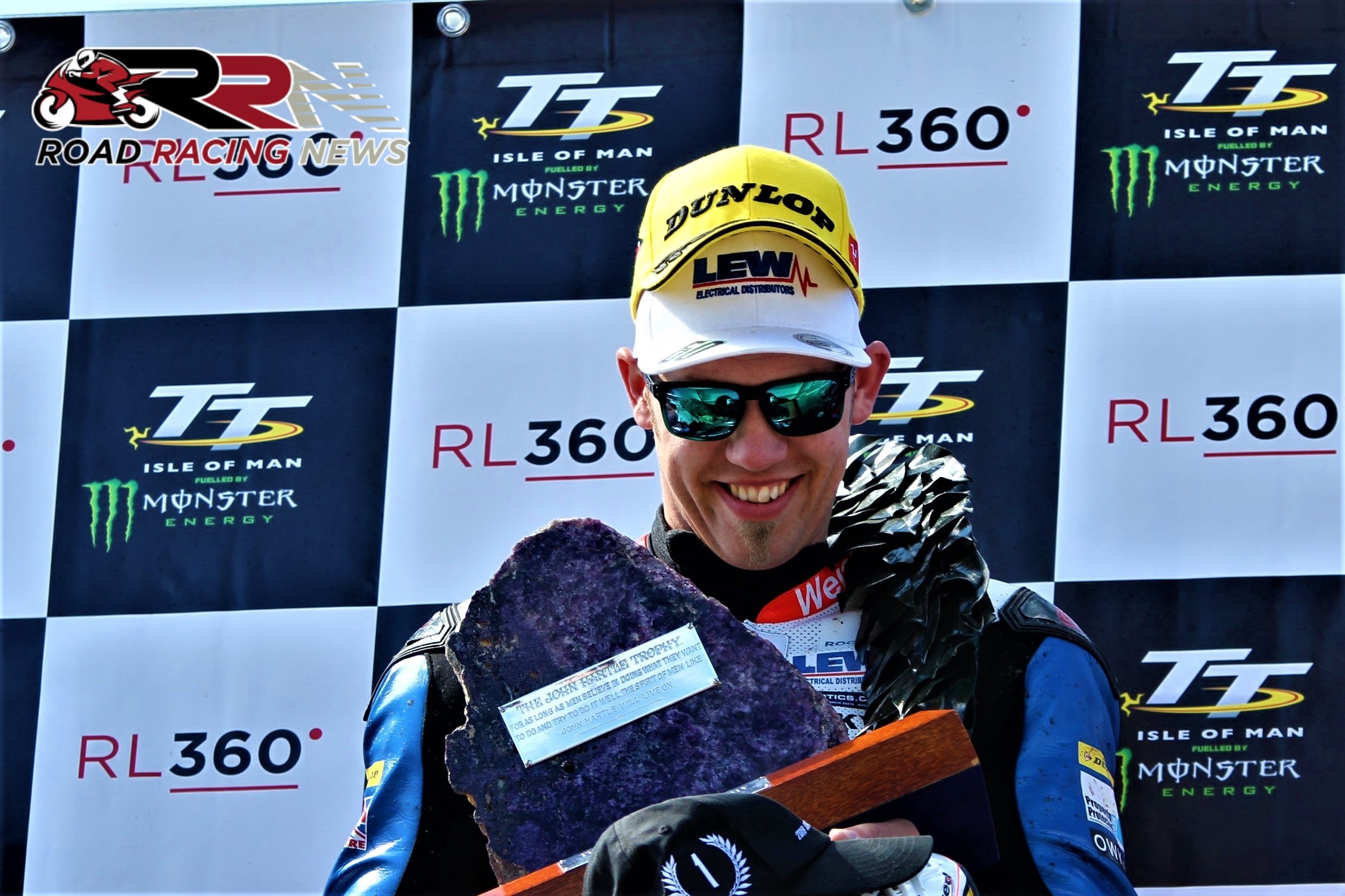 Blue skies, the sun beaming down upon the Grandstand, an entry brimmed with world class, super human quality, the stage was set for one of the most competitive Superstock TT’s of modern times, as race action got underway at 3:10 PM.

Hickman’s lead grew to 2.32 at Ballaugh Bridge, whilst third place was held by an on the charge Michael Dunlop, as James Hillier, Conor Cummins and Michael Rutter finalised the top six.

The run to Ramsey Hairpin proved as at previous sectors very productive, for outright lap record holder Hickman, extending his race advantage to nigh on four seconds.

The race lead by Cronk Ny Mona stood at eight seconds! By the time he entered the pits for his mandatory pit stop, Hickman’s lead was plus nine seconds over Harrison, with third placed Dunlop just a further 4.2 behind.

It was normal service resumed at Ballaugh Bridge, with Hickman stretching the race lead to almost seven seconds.

By Ramsey Hairpin his race advantage dipped over the 9 second mark, whilst the journey to the Bungalow proved even more productive, moving a further four seconds clear of Harrison, taking the overall lead to 13.13 seconds.

At the completion of lap two, Hickman enjoyed a very healthy lead of 16 and a half seconds over Harrison. Dunlop remained in third place, but was steadily coming under pressure from lead Honda runner Johnson, with the battle for third separated by just under 3.26 seconds.

18 seconds clear at Glen Helen, there was no stopping runaway race leader Hickman during the early part of the third and final lap.

Outside Hickman and Harrison, the battle for third was hotting up, as Adelaide’s Johnson overhauled Dunlop for third, with only 0.124 of a second covering them at Ballaugh Bridge. 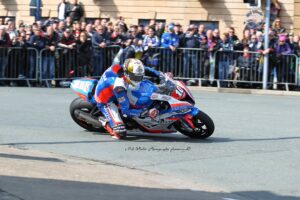 There was no change within the leading group at the Bungalow, but the battle for third between Dunlop and Johnson, continued to captivate the large crowd around the TT course, with still under a second covering the evenly matched duo.

As Peter Hickman clinched in style a fifth TT victory, second successive Royal London 360 Superstock TT triumph, by a margin of 26 seconds over Dean Harrison, the battle for third concluded in dramatic style as David Johnson secured a maiden TT rostrum finish by only 0.208 of a second, over 18 times TT winner Michael Dunlop. 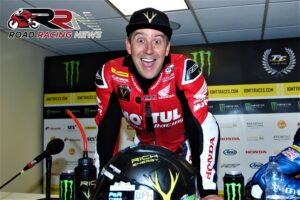 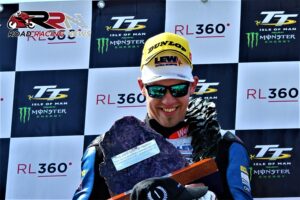 The Royal London 360 Superstock TT race result, is as follows: