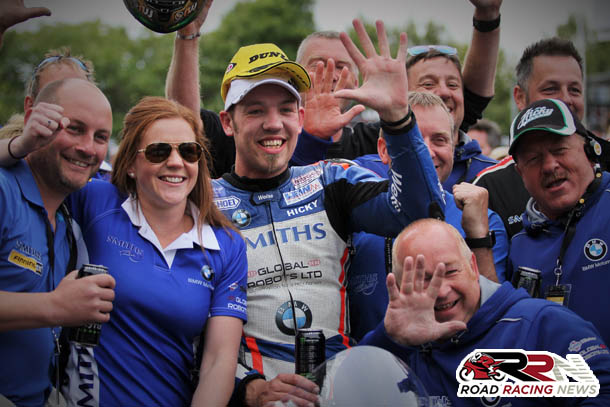 Concluding a quite momentous two weeks on the Isle of Man, Peter Hickman wrapped up the Joey Dunlop Championship title, for the first time, following a fifth successive podium finish at TT 2017, in the Pokerstars Senior race.

The original start of the race, red flagged on lap 2, had seen Hicky holding a 3 second lead over Dean Harrison, when the race was stopped following an incident involving Ian Hutchinson, Road Racing News wishes the 16 times TT winner, a very speedy recovery.

The race re start, underway at 5:15 PM saw Peter quickly back into the groove, but now up against an on top form, Michael Dunlop. 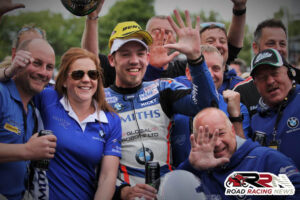 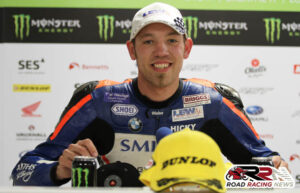 Ultimately finishing second, which also sealed the teams championship title for Smiths Racing, the fourth fastest rider in TT history, in the following press conference, stated his absolute delight at a quite sensational TT 2017 campaign.

Now a five times TT podium finisher, we all know the hugely popular and likeable rider, is on the cusp of TT greatness, multiple TT wins are definitely looming onto the horizon.

In my opinion the standout rider of TT 2017, lots of attention is certain to placed upon him, at the next international roads meeting, the MCE Insurance Ulster Grand Prix.