TT 2016 – Rob Hodson One To Watch In The Lightweight TT 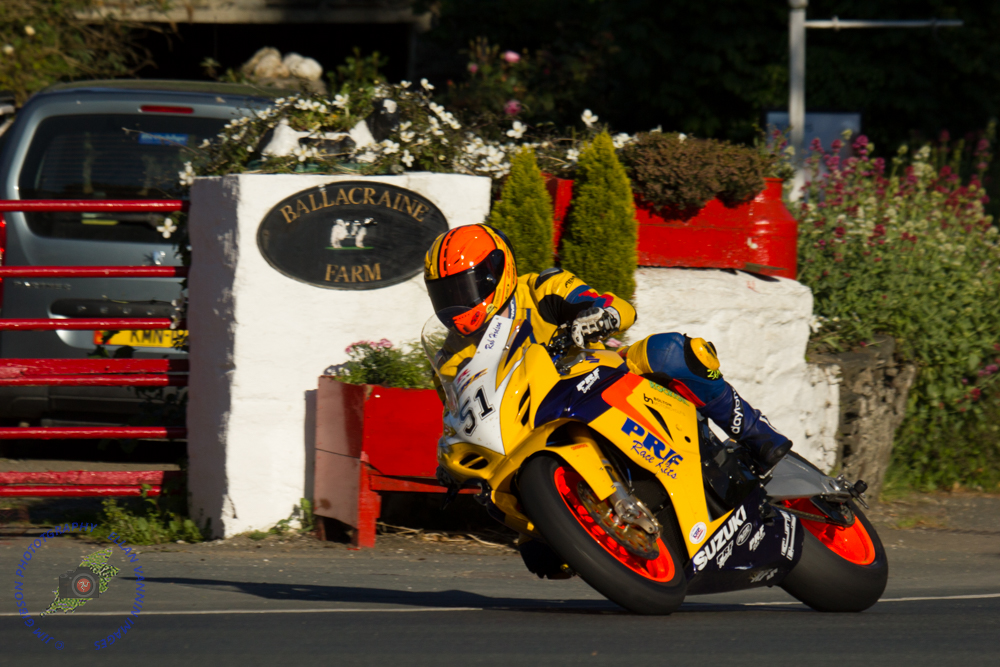 PRF Racing’s Rob Hodson is definitely one to watch, in this years lightweight TT.

Having won last years super twins Manx Grand Prix, many have been predicting that Rob will go onto enjoy a top class result in the 2016 lightweight TT, Rob is confident of the reliability of his ER6 going into the four lap race.

Regarding his superbike, superstock and supersport mounts, he’s shown to date during practice week highly accomplished form on the PRF Racing Suzuki’s.

Positive moments of the week so far have included lapping close to the 120 mph mark, lapping at 119.957 mph.

Holding the number 51 plate for the RST Superbike, Royal London 360 Quantum Superstock and Pokerstars Senior races, Rob is hugely looking forward to the start of race week on the Isle of Man.

Leading Avon Tyres solo TT challenge, Rob has stated that the tyres he is using, are spot on and that Avon have given him great backing.

Alongside TT 2016, additional roads meetings on the horizon include the Cock Of The North Road Races at Oliver’s Mount, plus potentially Rob son of TT stalwart Jim Hodson, could be making his Ulster Grand Prix debut.