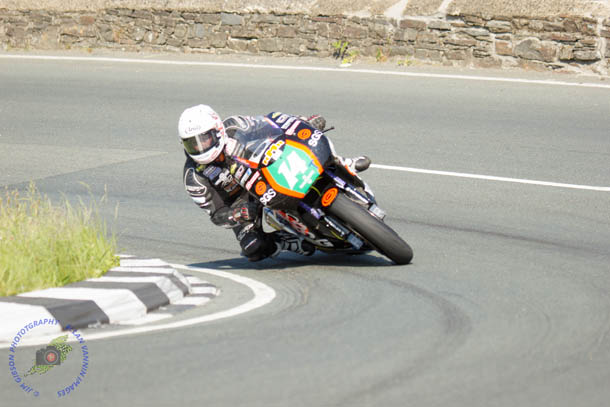 KMR Kawasaki’s Danny Webb, goes into the 2016 lightweight TT, tipped by many to secure a podium finish, having impressed during practice week.

Since he made his high profile TT debut in 2014, Danny has gradually developed into a top class exponent of the iconic Mountain Course.

Currently his personal best finish at the Isle of Man TT, is tenth secured in last years lightweight race.

Now with a further years experience behind him, Danny has the increased knowledge, pace and determination to be battling many an established for a spot on the podium.

Recently he finished a highly creditable 27th in the Royal London 360 Quantum superstock race. Part of the Penz 13.com BMW fold, he produced a highly accomplished performance, lapping on the final lap at 123.244 mph.

Danny stated that, there’s changes that need to be made to the his S1000RR BMW mount for the Pokerstars senior TT.

The 2016 senior TT, marks only his second time competing in the blue riband race at the TT Races.

It’s the lightweight race though, which in my opinion represents Danny’s best chance of making a significant impression on what has already been a great TT 2016.