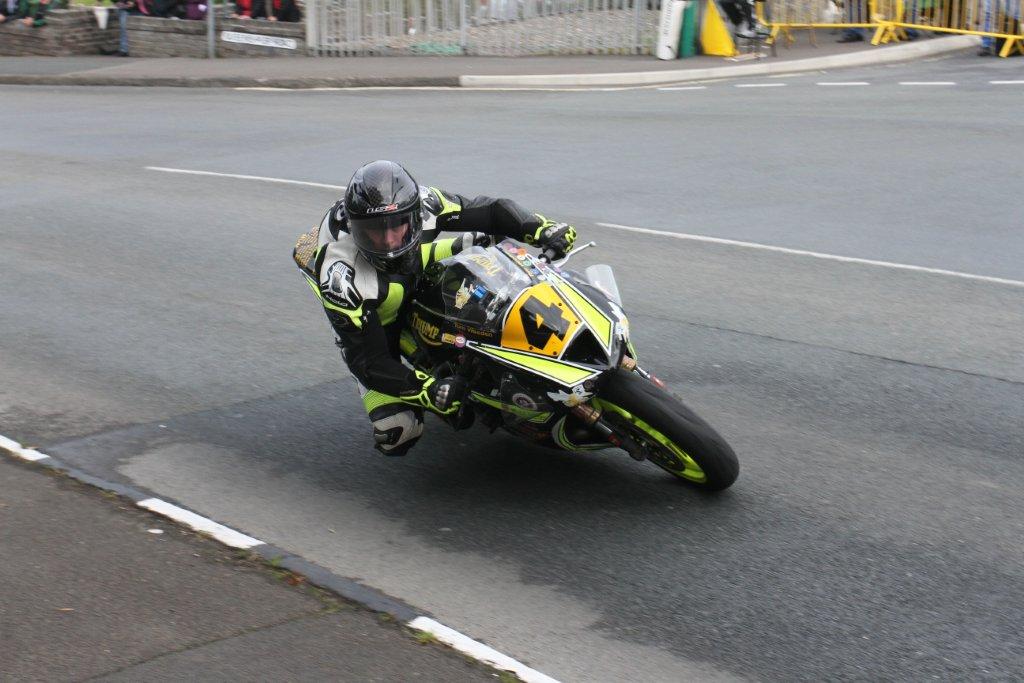 Finishing runner up in Road Racing News, top ten roads moments of 2016, is one of the all time great races on the Mountain Course, this years Senior Manx Grand Prix.

Leading up to the four lap race, it was anticipated that Junior race winner Andy Dudgeon and Tom Weeden, would be the front running protagonists, with Oilee Racing’s Joe Akroyd considered a dark horse for race honours.

It was two time Manx GP winner Dudgeon who slotted into race lead by just over a second, over Weeden, with Akroyd third, roughly ten seconds behind the race leader.

Lap two saw Dudgeon increase his race lead, to in excess of 7.5 seconds, Barry Evans and Richard Wilson, in fourth and fifth, where both impressing as was Australia’s Royce Rowe in ninth place.

Following pit stops at the end of lap two, it seemed that Dudgeon was on his way to a Junior/Senior Manx GP double.

9.112 clear of Weeden at the end of lap three, the Manxman was firmly on his way, to this momentous feat. 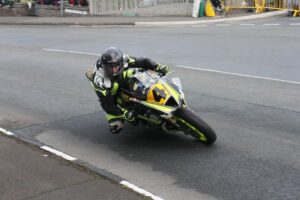 What no one could have predicted was the magnificent final lap from Tom Weeden. Giving it his absolute all on his own teams 675 Daytona Triumph, sector by sector he was reeling in the long time race leader.

As he went over the mountain, for the final time, it was nip and tuck out front, there was nothing in it.

As Dudgeon completed his fourth and final lap lapping at 120.062 mph, he had to wait, to find out if he was the race winner.

He wasn’t, Tom Weeden’s lap speed of 121.109 mph, a new personal best lap speed, was enough to give him a quite remarkable Senior Manx GP victory.

Victorious by just 0.674, making it one of the closest races in modern times around the Mountain Course, it’s without a doubt the biggest moment of Tom’s roads career to date. 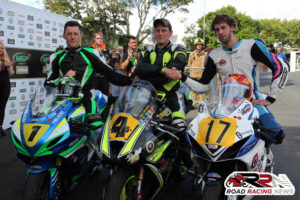 Both Tom and Andy Dudgeon are set to step up to the TT Races next year, whilst third and fourth place finishers Joe Akroyd and Richard Wilson, are also planning to compete for the first time, at the Isle of Man TT.