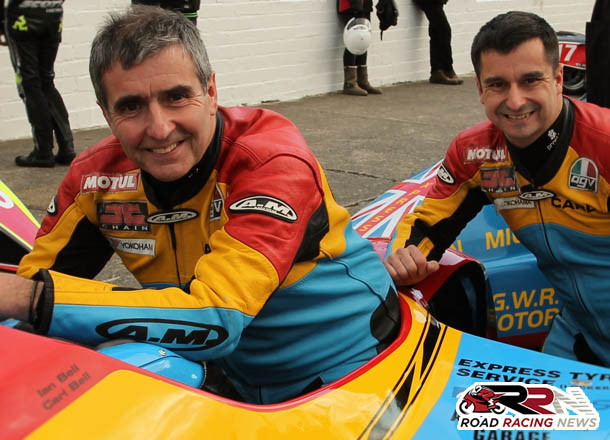 The father and son team have enjoyed a top class year on the roads, securing many a top quality around Oliver’s Mount, Billown and the Mountain Course.

Main highlights around Oliver’s Mount have included series of second place finishes at the prestigious Scarborough Gold Cup, having been involved in great battles for victories with Tim Reeves/Patrick Farrance.

Ian and Carl propelled the Ian Bell Motorcycles outfit to victory in the only sidecar race of the reduced Cock Of The North meeting.

TT 2015 marked Carl Bell’s second time competing around the mountain course, it also marked twenty years since Ian Bell made his debut at the most famous road race in the world.

Opening Sure sidecar encounter would see them finish an excellent fourth. Race two saw them produce another top quality display, this time finishing in fifth place.

It would not at all be a surprise to see the Bell’s seal at least one podium finish, during TT 2016. 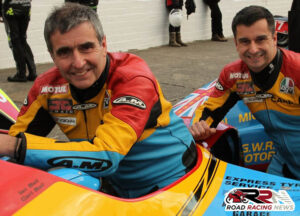 Following second place finish in opening race, the Bell’s gave it everything in pursuit of blue riband sidecar championship victory.

Although they went onto finish in third place, it was still a performance, where they gave it absolutely everything around Billown.

Looking to next year anticipated planned pure road racing competition for Ian Bell and Carl Bell includes selected meetings at Oliver’s Mount, return to the Southern 100 and the TT Races.