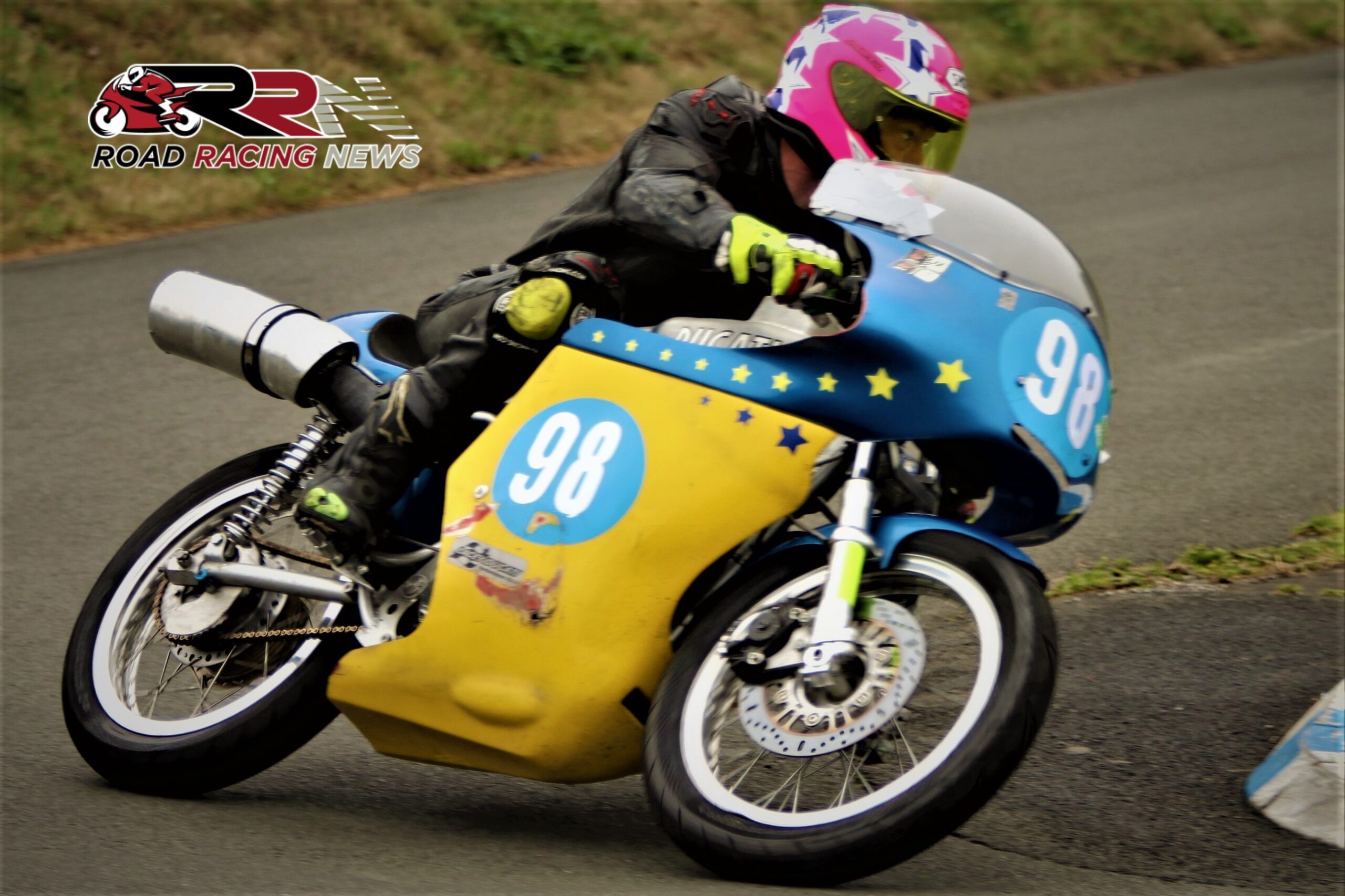 Prominent classics racer David Tetley has set out his racing plans for 2021, which include venturing back to England’s only current active real roads circuit, Oliver’s Mount, Scarborough.

Looking ahead to this years’ competitive action, Tetley is set to pilot on the short circuits, roads a loaned 350 Manx Norton, a Competition Fasteners backed MK2 G50 and Brian Richards MK4 G50, which will be his prime steed for competition at Scarborough.

Speaking in depth about his 2021 plans, plus reflecting on highlights from 2020 including strong outings at the UK’s first real roads meeting of the 2020’s, the Barry Sheene Classic, he stated:

“Following a shortened season last year I was just getting to grips with the Brian Richards Racing MK4 G50. I’ve only done a couple of meetings on it but I’m lapping quicker than I have before, achieving a few wins at a North East club round and a 2nd at Darley Moor club.

I’d also had a good few rides on my own Ducati 350cc single playing cat vs mouse against the bigger and faster bikes at Scarborough.

I was actually first 500cc single in one of the races and consistently 6th on the road overall. Unfortunately, I had a pretty quick off going into the memorial which bent the bike quite badly after hitting a barrier. Having assessed the damage and wishing to develop the bike further, I’ve had to shelve the bike for 2021.” 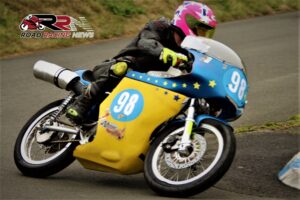 “For 2021, I’m being loaned a 350cc Manx Norton to campaign, so I’m hoping I can make the transition ok and remain competitive but I know it will be a much more physical bike than my little Ducati.

I aim to kick the season off by riding the Brian Richards G50 at the Wirral’s opening round at Oulton Park.

I’ve made a few tweaks to the bike over winter so it’ll be treated as testing and perhaps if the dates work out. I’ll have a good stab at Oliver’s mount later in the year on it. I was hoping to do the North East championship on it, but these have been cancelled.

I’m still lucky enough to be loaned a 90 bore MK2 G50 by Phil at Competition Fasteners who has been looking after me for the last few years.”

“So it looks despite Covid that I will have a busy season riding the MK2 G50 and the 350 Manx at the majority of CRMC rounds, with as much time outside of this at other clubs to get the MK4 where the Brian Richards team would like it to be.

Although I’m missing out on the road meetings in the Isle of Man, Chimay and Geddine in Belgium it should still be a good year and without looking too far ahead, fingers crossed everything will be in place for a full on 2022!”