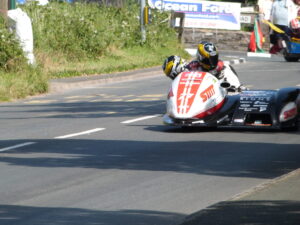 Tim Reeves is all set for TT 2014. Tim in 2013 achieved his first sidecar TT win when competing for SMT racing, the Southern 100 would also prove to be highly successful for Tim, Tim won the opening sidecar race and went onto win the sidecar solo championship race. Tim is back at the Southern 100 this year alongside competing at the Isle of Man TT, Tim Reeves is a sidecar legend, multiple times world sidecar champion, TT winner and reigning Southern 100 solo championship champion, Tim goes into this year with confidence of more Southern 100 and TT wins.