BMW are a rising force at the Isle of Man TT. BMW have a fantastic history at the worlds greatest road race which includes over 30 wins and multiple podium finishes. In 2010 Rico Penzkofer competed on a SR1000 BMW in the superbike, superstock and senior TT races, it was the first time in many years that a BMW had competed at the Isle of Man TT. 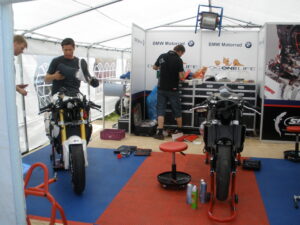 Rico went onto record a top 20 finish in the superbike race, this was followed by a brilliant 12th place finish in the senior TT race proving the potential the SR1000 BMW had. Keith Amor competed on a SR1000 BMW in the superstock race back in 2010 for WA Corless joinery/Jackson racing, Keith finished in sixth place, this is currently BMW’s best result since returning to the Isle of Man TT in 2010. 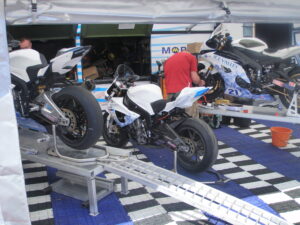 Simon Andrews made his TT debut in 2011 competing for Ice Valley racing on a SR1000 BMW. Simon lapped at over 125 mph in the senior TT race and went onto finish in a highly creditable 11th place. This result combined with many other good results for BMW mounted riders in superbike, superstock and senior races proved that BMW was beginning to become highly competitive again.

2012 saw more top riders compete on BMW’s including Dean Harrison. Dean competing for Ice Valley racing by Motorsave ltd lapped at over 126 mph in finishing in a brilliant ninth place in the superbike race. 2013 would see many a BMW entered in the superbike, superstock and senior TT races. Steve Mercer competing for Rico Penzkofer’s Penz 13.com BMW team produced an excellent performance to finish in eighth place in the superstock race, Steve lapped during TT 2013 at over 126 mph. 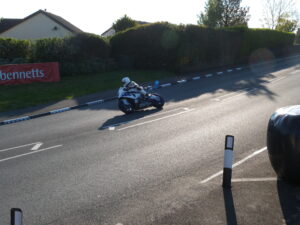 Ben Wylie competing for AFC motorsport on a BMW finished in tenth place meaning for the first time since BMW returned to the Isle of Man TT in 2010 there was two BMW mounted riders finishing in the top ten of a TT race. With the recent news that Michael Dunlop could be competing on a factory backed BMW for TT 2014, BMW look set for another exciting year at the Isle of Man TT where already many top teams will be running BMW’s this year including Ice Valley racing, Riders motorcycles and Penz 13.com BMW.