The 30th And Final Running Of The Phil Hogg Charity Auction 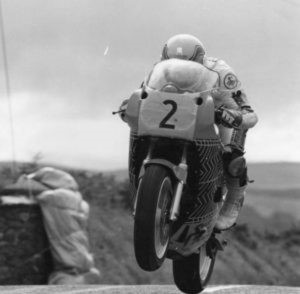 This year will be the 30th running of the auction for the Phil Hogg Rescue Units/Rob Vine Fund and the family of Phil have decided that this momentous year is a good time to bow out.

Organised by Phil’s family, the first charity auction was run in 1990 at the Imperial Hotel Douglas and in recent years at the Great Western Palace Hotel and started as the family wanted to put something back into the sport Phil loved.

Over the years more than 220k has been raised with items being donated by Hizzy, Foggy, Moly, Dan Kneen and many more riders plus Shirlaws Road & Track, Jason Griffiths, the Isle of Man Steam packet the list goes on.

All the monies raised goes to the upkeep of the four Phil Hogg Rescue Units, currently three plus a new one especially equipped to order costing in excess of 200,000k.

The units are the mainstay at the TT Races and the Manx Grand Prix as well as the Southern 100 plus many, many, more events and the crews are volunteers who have taken necessary exams to attain the medical expertise required to carry out immediate care on any fallen rider. 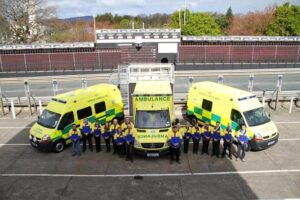 The auction takes place on ‘Friday 22nd February 2019’ at the ‘Great Western Palace Hotel’, anyone who would like to donate items for the auction or raffle please contact Shaun Hogg via his Facebook page or at hoggers50@gmail.com. Tickets will be on sale shortly, priced £2.50, please call 01624 617873 to reserve.

Phil Hogg started his racing career in 1985 on a 350 Yamaha at the Isle of Man’s Jurby airfield circuit. In 1986 he gained his National License and took part in his first Road Race on the Jurby Road course, finishing in the top half in all races. 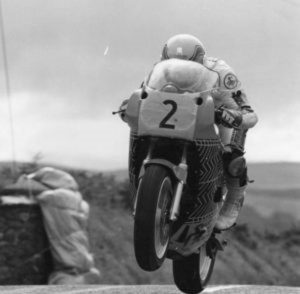 Phil’s finest hour was at the 1988 Manx Grand Prix. Wednesdays Junior turned out to be an eventful race with a spill at Governors Bridge followed by an unscheduled pit stop to check for any damage. Even after this, he came 6th with his fastest lap in excess of 106 mph.

Friday’s Senior saw Phil starting No. 2 in the starting order, which provided the ideal impetus to enable him to build a good lead over nearest challenger Paul Hunt.

The second lap was even quicker and Bungalow to Bungalow was in excess of 116 mph. Un-fortunately Phil came off at Cronk-Ny-Mona, breaking his wrist. Tragically, Phil died during Friday morning practice at the 1989 TT.

That year, his family and many friends provided the finance for the first Phil Hogg Motorsport Rescue Unit, an Ambulance, which was converted to carry medical and rescue equipment for motorsport events, the Isle of Man’s first MSA (Motor Sports Association) registered Rally Rescue Ambulance. 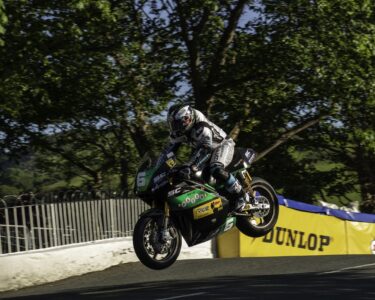 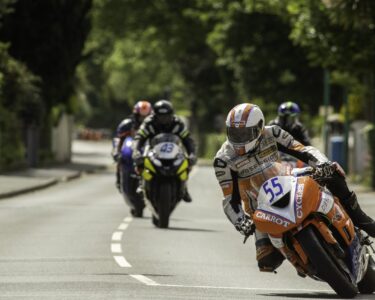