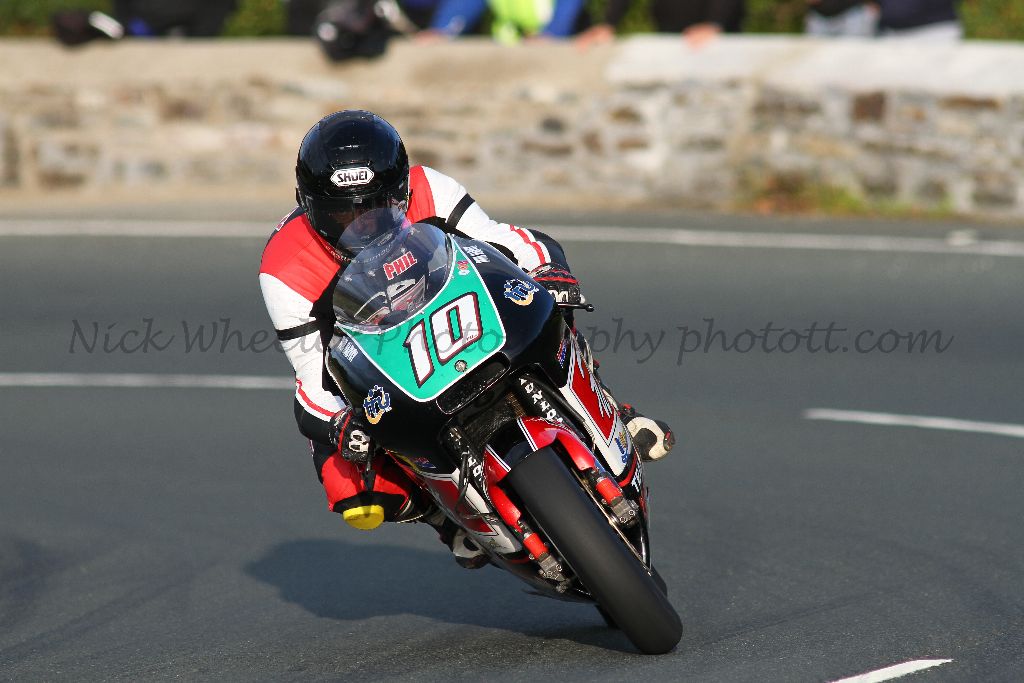 Part of a select group of racers to have secured rostrum finishes at the North West 200, Manx Grand Prix, Southern 100 and Classic TT Races, 250 stalwart Phil Harvey is the next rider to take part in Road Racing News, ten questions challenge.

The Goole racer who in his career has wrapped up no less than 24 TT replica finishes, answers to the popular series of questions, are as follows:

“It’s a hard one to answer for several reasons, but I cant ignore Oliver’s Mount events because I have raced there for so many years securing many good results and cut my teeth there as a road racer.

But the Southern 100 is just brilliant to ride and the atmosphere is special, just never had the holiday time to compete there much.”

“Regardless it has to be a 2 stroke, but I still have the passion for the Honda RS 125 for the amount of years I raced them, they are easy to maintain, they develop a rider, and they can be used to the max and are so much fun, but I never seemed to have one fast enough!

My Honda RS 250 that I own is just something special though, and has given me more back in the way of results.” 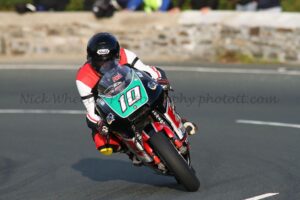 “It has to be the respect everyone has for each other on and off the courses.”

“It has to be the TT due to it being the ultimate challenge, but you can’t beat watching the close and fast racing at the Ulster Grand Prix.”

“After all my years racing at Oliver’s Mount and finishing behind them forever it has to be Ian Lougher and Chris Palmer, but everyone also knows I have a special rivalry running against Paul Owen.”

“My North West 200 podium in 2009 on my 250 was just so rewarding, after so many lean racing years, but due to a family wedding at home I had no family there to share it.

So the Classic Lightweight TT podium has to be the best, because we were all sharing the experience and emotion after such a difficult build up to the event, believe me I got plenty of stick for the tears that day!”

“Not really, unfortunately I can never get to much time off these days, to compete at more meetings.”

“It has to be Joey (Dunlop), but Phillip McCallen has to be respected for his determination and achievements.”

“Not bothered with either!, but would have to say Supersport after having a bit of fun on the 600’s at the TT.”

“It’s never going to be a pole position from me to be honest, I can’t be bothered to push it with qualifying or practice, just bring on race day and get that fastest lap.”