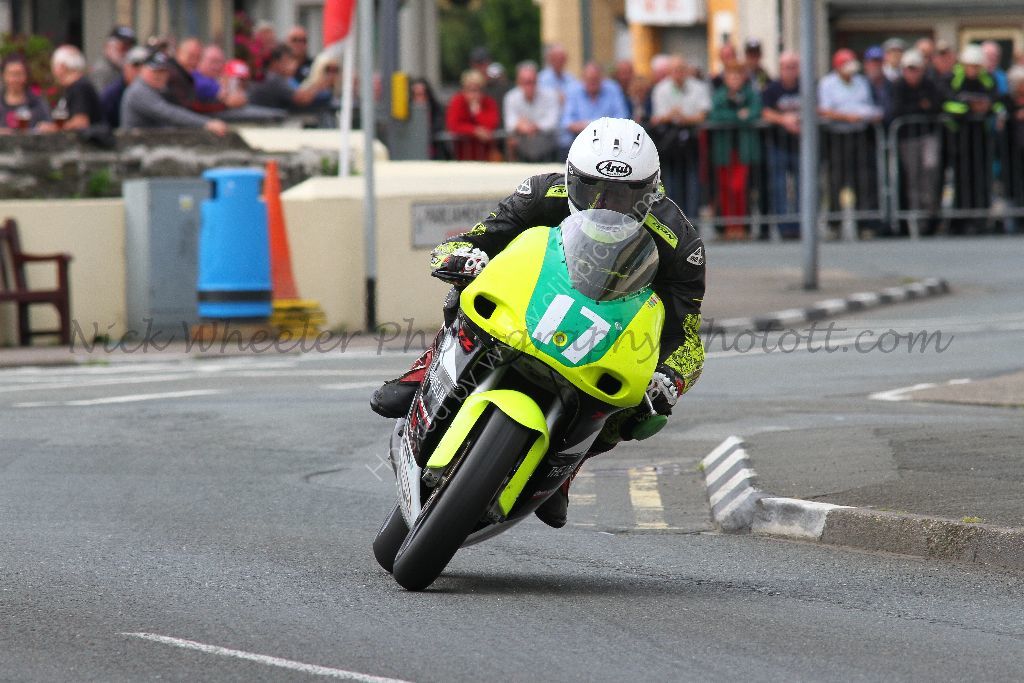 2015 Newcomers B Manx Grand Prix winner, sixth in the Lightweight Classic TT of 2016, 250 stalwart Gary Vines is the next racer to take part in Road Racing News, ten questions challenge.

Gary’s answers to the popular series of questions, are as follows:

“Pre TT Classic. Proper holiday racing! I get into a real causal routine of getting up late for breakfast, swanning around all day talking s**t and a few beers in the evening. Bikes all prepped before I go, we don’t do a lot of miles so there’s never much work to do.” 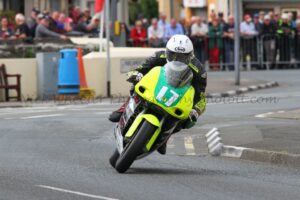 “Less bulls**t. It’s more basic, you, the bike, the road. With short circuits there’s more: who, what, when, hows.”

“Royston Keen, he was the same age as my dad and hadn’t raced in years, he returned to racing as I started and taught me a lot. It was close but I beat him for a 250 Clubman championship.”

“First time my head got up to speed as a newcomer at the 2015 Manx GP. It’s an awesome sensation, I don’t think you realise it at the time.

The track just flows, your thoughts don’t register but you’re hitting all markers and using more road. It’s great when this happens because it’s when I’ve always improved. All you think afterwards is that it felt slow and was easy.”

“I could set out some brilliant circuits around the country lanes in Essex/Suffolk where I grew up.”

“John McGuinness. Because not just his roads stuff be he cut his teeth on 250’s, won British championship, did GP’s.

It would be great if he did the Classic TT Lightweight so I could be in the same race on 250’s.”