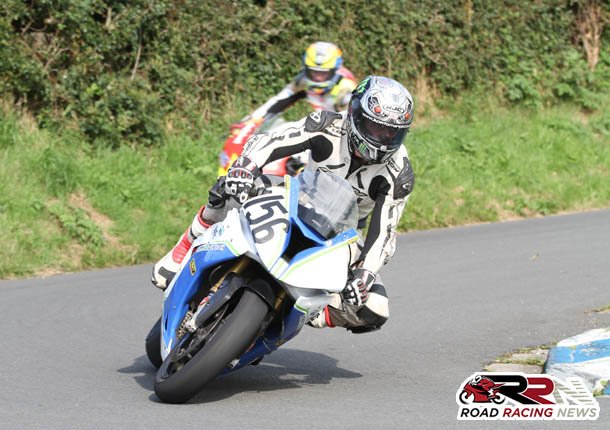 The Peoples Bike Team’s David ‘Action’ Jackson is the next rider to take on, Road Racing News ten questions challenge.

Winner of the Dundrod 150 Challenge race of 2016, his answers to the popular series of questions, are as follows.

“Favourite national has to be the fantastic Ulster GP. It will always hold a special place in my heart after 2017 as we started off badly and things just came together because of all the great people around us helping with set up etc. Scarborough is a very close 2nd.”

“Favourite bike has to be the BMW. They are just so nice to ride and an amazing package even as a Stocker.” 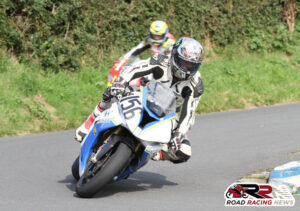 “Best part about the roads in my very short experience is feeling so alive while being so close to death. It’s the best drug in the world and I don’t think I will ever commit to another full year in British Superbikes or short circuits again after competing on the roads.”

“Fingers crossed the TT will be my favourite.”

“I respect Phil Crowe as a rival. He’s always helped me and been in the background and it’s always nice to beat the man that shows you how things are done on the roads, he’s been a great help.”

“Best roads moment was lining up at my first Ulster GP in front of Peter Hickman and one place behind Hutchy. I seriously asked me self “what have you done” ha ha, proud moment though.”

“Lincoln to Skegness would be the best sprint race by far.”

“Road racing hero’s are David Jefferies and McPint (John McGuinness). Two fantastic riders that have made the TT what it is and not forgetting Hutchy the absolute miracle man he’s the boy to beat.”

“Superbike always, I love power and speed of the big bikes they really do make you feel like a crisp packet blowing in the wind when your on the gas.”

“I’m always great off the start so tend to take my time in qualifying as you can’t win a race in a qualifying session, but the 1st 2nd or 3rd rows do me fine.”