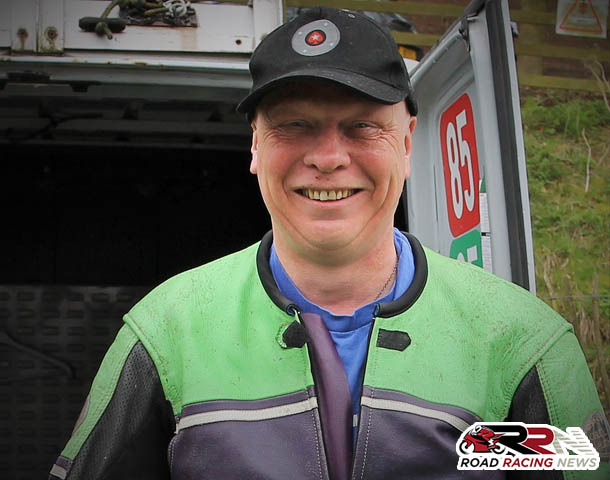 15th within the Newcomers Lightweight Manx Grand Prix of 2003, a consistent collector of solid results at the Southern 100 and multiple Oliver’s Mount meetings, Manx roads stalwart Dave Clarke is the next racer to take part in Road Racing News, ten questions challenge.

The 400 class specialist, answers to the popular series of questions are as follows:

“Southern 100, the club was always so helpful over the years I raced there.”

“My ZXR 400 Kawasaki. It served me, and a few others well over many years at the TT and Manx GP.”

“The camaraderie in the paddock, where if you have a problem, even your biggest rival will help you get back on track if they can.

You don’t get that in most sports. But when the flag drops, the gloves are off until the race is over.”

“I never think of anyone who races on the roads as a rival, I simply admire anyone who is prepared to take on the challenge of racing on pure road circuits, and who lives the dream.” 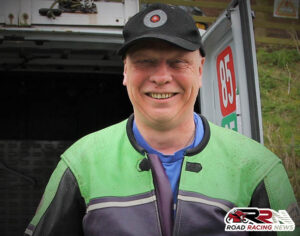 “There are probably several that stand out for me, 2003 when I finally achieved my dream to race on the Mountain Course, closely followed by winning a coveted replica and lapping at over 100 mph.

I also remember one practice lap back in 2004 or 2005 when I was passed by John Goodall coming out of Kirk Michael; I followed him for the rest of the lap, what a brilliant rider he was.”

“I think we should be concentrating on keeping alive the smaller road races we currently have, especially in Ireland and of course at Scarborough.”

“Every era has it’s own greats which makes it a difficult question to answer. But of all the riders I have watched at the TT or Manx GP over many years, I would have to say Mike Hailwood, simply for that comeback win in 1978 closely followed by Joey Dunlop.”

“Supersport, as I never got the chance to ride a Superbike.”

“I can live in hope that I will get one eventually, but I would have to say fastest lap, as it stays in the record books.”