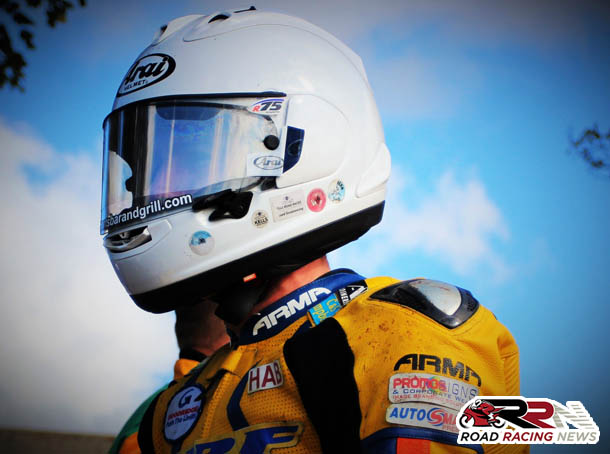 15th in last years Junior Manx GP, his answers to the popular series of questions, are as follows:

“Got to be my R6 Yamaha, stock spec so not the fastest thing out there but love riding it, and have had some great times on it.”

“The whole thing really from the travelling via ferries etc to getting everything ready, to get to the events, it’s like going on mini holiday’s with like minded friends.

Something strangely enjoyable about living in a field for a weekend, and obviously getting to ride as hard as you can on country roads.” 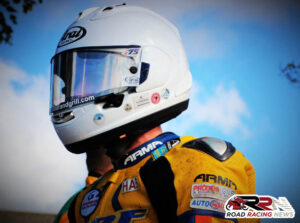 “None of them, Manx Grand Prix for me, no sunglasses or hair gel required!”

“Rubbed shoulders n elbows with a lot of people over the years, but really enjoy racing with Dennis Booth.

He has helped me a lot with circuit knowledge and bike set up etc. As down to earth as they come and an overall top man.”

“Been so many, coming 2nd in the Ulster Senior Support championship in 2016, and the time we had riding with PRF the last couple of years with a win at the Southern 100.

Plus results at the Manx are up there as well. I only started racing to get to the Manx GP initially and getting there in our 2nd year racing, having my full family there for my Newcomers race and my brother cousin and mate doing my pit stop, helping me get my 1st replica finish, will always be a special moment.”

“Loads of great roads in Scotland, suitable for a roads meeting.”

“Not really a hero kinda guy, have great respect for everyone who competes.”

“Supersport for now, I’ve not raced on a Superbike yet.”