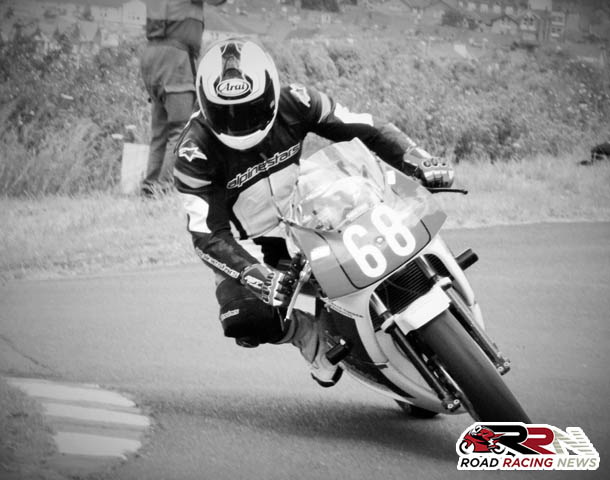 A prominent exponent of 400 machinery, Cannock’s Alister Chadwick who is aiming in the near future, to compete at the Southern 100 and the famous Belgium roads course of Chimay, is the next racer to take part in Road Racing News, ten questions challenge.

Alister’s answers to the popular series of questions, are as follows:

“My favourite is Oliver’s Mount, it can be challenging in many ways. I hope to next year compete at the Southern 100 and also Chimay.”

“Favourite racing bike has to be the Britten V1000. That was a hand built bike built in a shed, that went onto become a very iconic bike.”

“The best part of competing on the roads, for me is the challenge, it’s not like riding on short circuits, I find wide open spaces quite boring.”

“Got to the TT, you have to have so much respect for that place (Mountain Course) and for every rider who goes around it.”

“I have had quite a few respected rivals but I think it would be Daniel Ingham, a young talent who has an old riding style on his 400 and 750, we always natter in parc ferme.” 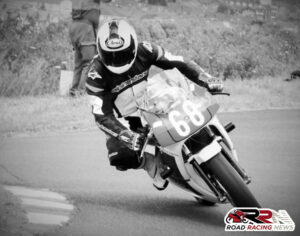 “Getting my ZXR 750 Kawasaki round Oliver’s Mount in one piece, it was like riding a heavy wardrobe.”

“I would like to see the new proposed Welsh road race, take place hopefully next year.”

“Road racing hero, got to be Joey Dunlop.”

“Supersport for me, smaller bike were you can gain a lot of entry speed into corners.”

“Fastest lap, as I’m always trying to chase down my personal best times.”