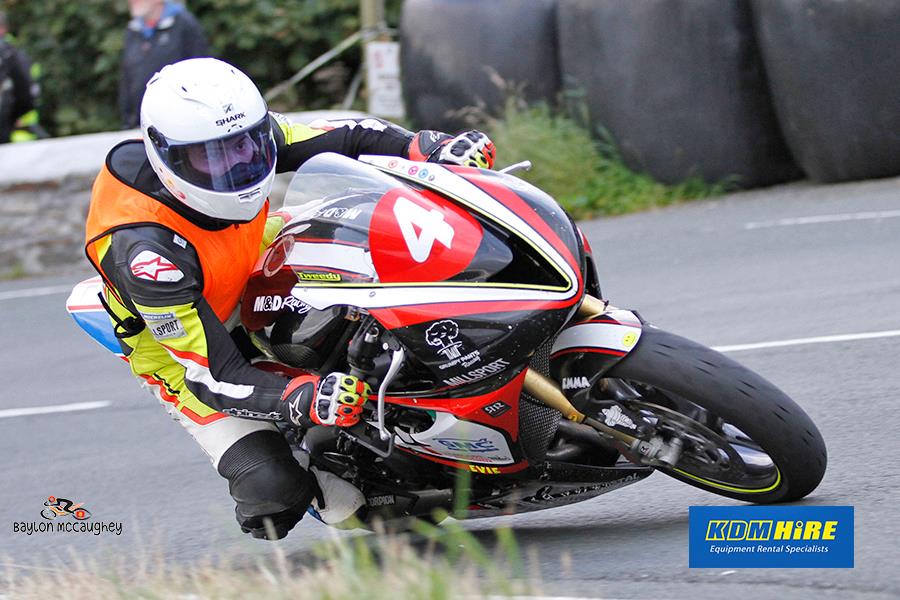 But for a loose visor on the opening lap of last years Manx Grand Prix Newcomers race, Darryl Tweed could well have been standing on the top step of the podium.

Unfortunately, the Ballymoney rider had to continue with this hindrance for two laps before he could change his helmet, and then try and make up time, this he did, finishing in second place just 9 seconds adrift.

Darryl, is one of the up and coming road racers here in Ireland who lets his results speak for themselves.

I caught up with the Ballymoney storeman at a Pit Bike Practice day during the off season, where he was just doing what he loves best, riding motorcycles! 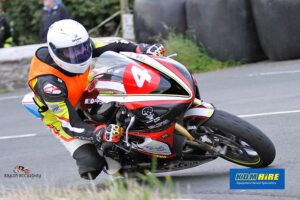 This is what he had to say as he looks forward to the opening Road Race of the season, the KDM Hire Cookstown 100:

“The KDM Hire Cookstown 100 the first road race of the year and the anticipation is unbelievable, but as soon as your on the bike your ready and can’t wait to get going.

Time for all that hard work over the winter to pull through and help us to win (we hope! Lol). Looking back over the years, two of my most memorable races at Cookstown would have to be the 400 lightweight race with Seamus Elliot and Michal ‘Indi’ Dokoupil. Some great tight fun racing with these guys especially at Cookstown.

I even recall the racing being that close and on the edge, that a rider who won’t be named but knows who he is, even mounted the curb just to try and get past me! Fun times.

Last year I have to say I had a really good year, highlights being all my road racing achievements and podiums at the Manx grand Prix, Southern 100 and even here at home on our own wee roads.

I was shocked when sitting at home on Facebook reading the posts coming in about award nominations, for the awards for the Northern Ireland bike Oscars. To see I had been nominated for road racer of the year was a total shock, I didn’t win but I’m still shocked lol.”

“The bikes I’ll be hoping to great more achievements on this year are basically the same, my own triumph 675 and M&D racing Kawasaki 400 of Reuben McPhee.

I will be riding in the lightweight 400, open and Supersport 600 races this year at the Cookstown if everything goes well.

We still need to qualify! I also want to say a massive thank you to everyone who sponsored me last year without you none of my achievements would have been possible and to all of my sponsors so far this year here hoping we have a safe and successful 2018.