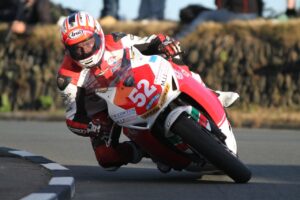 James Cowton had a superb Southern 100. James first race at Billown was on Tuesday night where he went onto secure seventh place finish.

A close fought start to the second supersport 600 race saw James slot into fourth place, as race went on he kept up a consistent pace producing more than creditable lap speeds as he fourth hard to stay with the leading trio. In the end fourth place finish was recorded, next race up was second super twins race.

It proved to be arguably best race of 2014 Southern 100 with Dean Harrison being declared race winner by 0.001 of a second over James. Still another top performance from the rising road racing star who impressed further in solo championship race finishing in a fine fourth place.

This is in my opinion James best result on a 1000cc bike so far in his road racing career. Third place finisher at 2013 Scarborough gold cup is back in action around Oliver’s Mount for next weekends cock of the north road races where more top results look set to be on the cards.