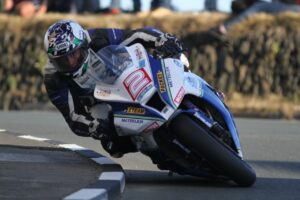 What an amazing Southern 100 Dean Harrison has had. It all began with victory in opening 600/1000 race following a top performance throughout on RC Express racing Kawasaki superbike.

Next up was senior race and following a productive start Dean surged his way to the front, in the end Dean’s lead at end of final lap was 6.2 seconds. Super twin race 1 would see Deano record second place finish just edging out James Cowton following a good battle between them.

Already this season Mar Train racing have experienced top results with the 2013 Duke road race rankings championship runner up. This years Southern 100 saw the reigning British supersport champions secure their first wins with Dean with victories in both supersport races. 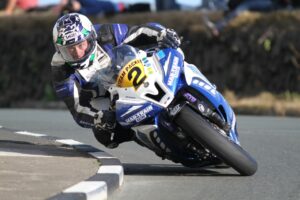 Plus a new lap record of 110.431 mph was recorded on the teams great all round R6 Yamaha. Second super twin had everyone excited around Billown as Dean and James Cowton produced a fantastic race with nothing in it between them as the went onto final lap of the race. 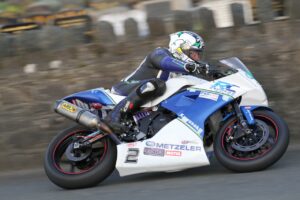 By 0.001 of a second the current lightweight TT winner was declared race winner to secure his fifth win in a week at the friendly races.

Solo championship race saw the rider who made his debut at Southern 100 only two years ago lead for the first six laps before Guy Martin took race lead, in the end Guy was victorious by 0.6 of a second over Dean.

But the extremely talented rider had secured another notable achievement around Billown which was a new outright lap record of 114.601 mph.

In all a quite remarkable Southern 100 for Dean Harrison who has more than proved this week at the Castletown based popular road race that he is one of the best road racers in the world.

Next weekend sees Dean back in action around Oliver’s Mount for cock of the north road races where he will be aiming to retain feature race victory.