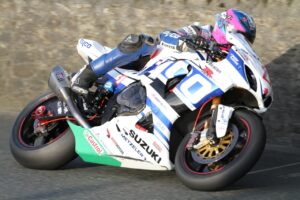 Overall its being a consistent meeting for Guy who is having a solid and consistent season where already the hugely popular road racer has secured podium finish at North West 200, second and third place finishes at TT 2014 and now solo championship victory at Southern 100.

Coming up soon for Guy will be the Armoy road races where he will be bidding for his first win at a road race which has grew bigger and bigger since its first running back in 2009.