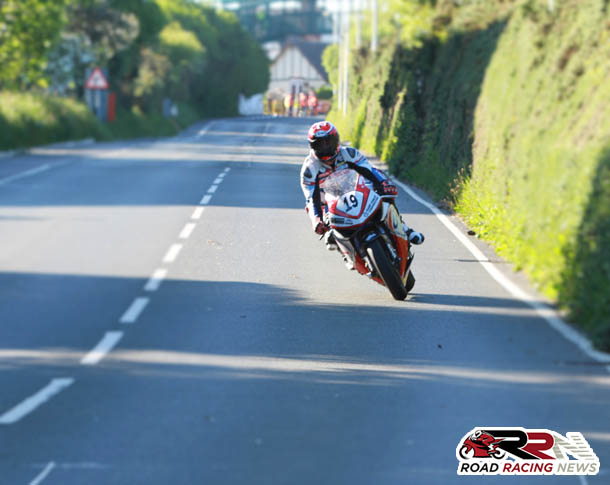 Steve Mercer is teaming up with Devitt RC Express Racing for competition at the MCE Insurance Ulster Grand Prix, as he pilots one of the teams proven ZX10R Kawasaki’s around Dundrod.

Steve is replacing two times lightweight TT winner Ivan Lintin who is not ready for the Ulster GP, having recently undergone an operation to amputate his damaged finger, following an incident at the Barry Sheene Festival Powered by Suzuki at Oliver’s Mount. 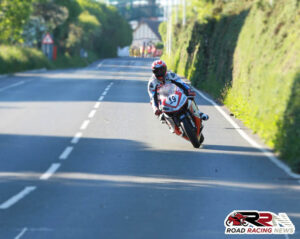 Having enjoyed arguably his strongest ever TT Races campaign in June, where he lapped for the first time in excess of 129 mph, Steve goes into the Ulster Grand Prix, a definite one to watch.

Commenting on the link up with Devitt RC Express Racing, for action at the world’s fastest road race, he said:

“The Ulster is certainly one circuit that I enjoy and it’s great that I will be able to make the event now thanks to RC Express.

Alan (Jackson) and the team have been supportive towards the decision for me to ride for RC Express. I’m a racer at the end of the day and this was also an opportunity to continue the form shown at this year’s TT, as well as gain some valuable time on the bike ahead of the next endurance round with Jackson Racing.

RC Express certainly produce a winning package and Ivan has shown what can be achieved, so I am hoping I can do him and the team justice on his bike.

I’d certainly like to thank Ben (Constable) for the opportunity and also the understanding that has been shown from my team (Jackson Racing) in allowing me to race.”

“Once we knew that Steve (Mercer) and the Jackson Racing team were not heading to the event, it did present an opportunity to have a rider of his talent and speed on Ivan’s bike.

Steve was keen to secure some more bike time and knew that RC Express could provide a strong package for the event. We are really pleased and it’s mutually beneficial for both parties at an important International road race.”