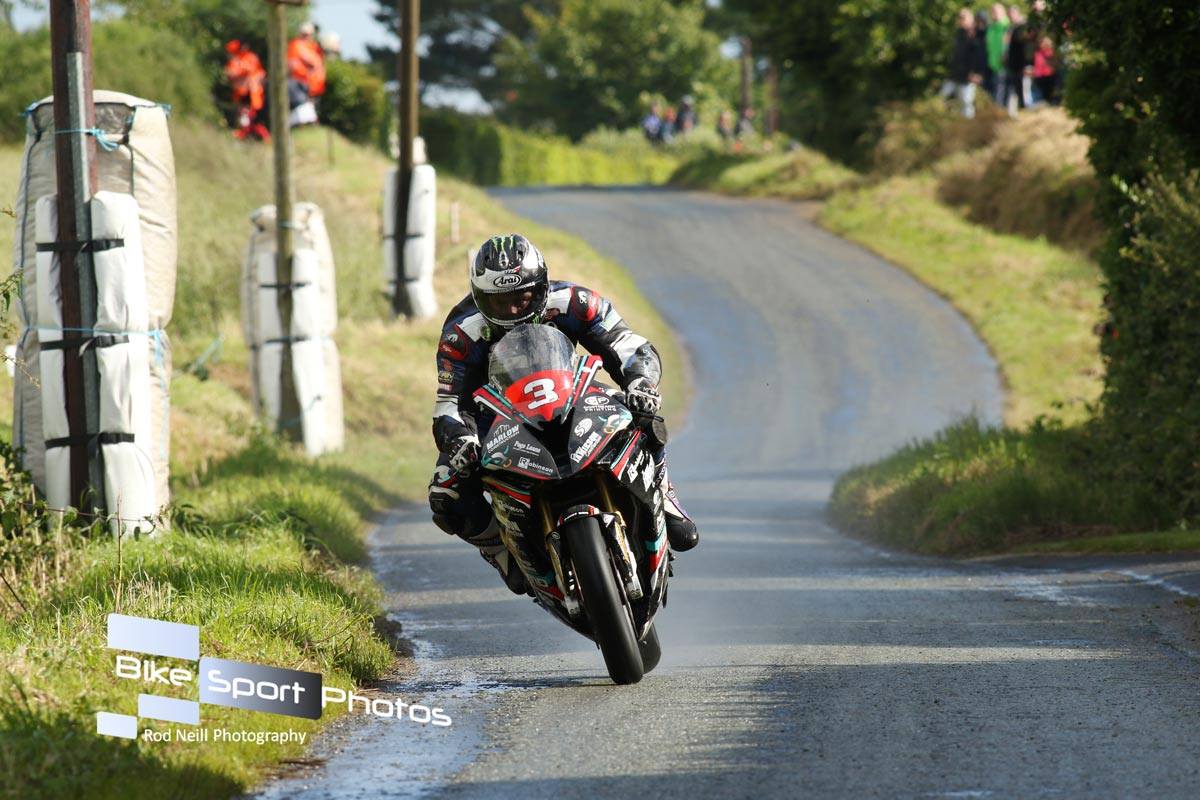 Having battled his way through to second place, with two laps of the seven lap race remaining, he gradually reeled in long term race leader Derek Sheils, to eventually emerge victorious by just half a second on his own teams S1000RR BMW.

Derek Sheils second on the Cookstown BE Racing GSX-R 1000 Suzuki, showcased again today why he is amongst pure road racing’s most in form riders.

Following his TT 2016 heroics, Michael Dunlop has shown today at Skerries, the same level of determination that took him to his momentous RST Superbike and Pokerstars Senior TT successes.

Will he seal grand final victory later on today? it’s fair to say he will start favourite, for the blue riband race of the 70th Skerries Road Races.