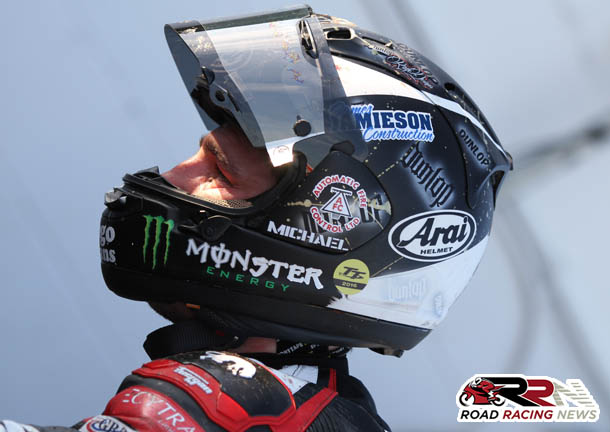 13 times TT winner Michael Dunlop was in a league of his own, in superbike practice at Skerries.

Lapping at 1 minute 43.049 seconds, the only rider in history to lap the Mountain Course under 17 minutes, finished over 2.5 seconds clear on his own teams S1000RR BMW.

Finalising the top six in practice was Graham Kennedy and John Walsh.

Although he was a late confirmed entrant for Skerries, we all knew that Michael Dunlop was going into this weekend’s meeting back to the form, which makes him regarded by many, as the world’s leading pure road racer.

Can anyone push Michael in the open and grand final races tomorrow? we will all know on Saturday, as race day embarks upon the 70th Skerries Road Races.