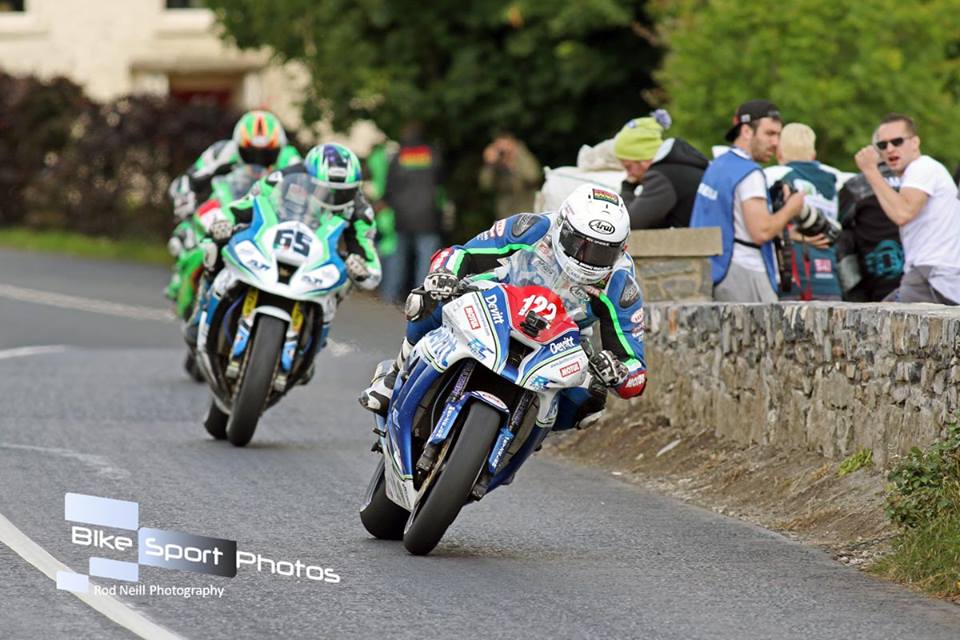 Piloting the Devitt RC Express Racing ZX10R Kawasaki, he was immediately on the pace in superbike practice, finishing second quickest.

Battling his way to a more than creditable fourth place finish, Alan continued his building 2016 roads momentum, as shown at the Cock of The North Road Races at Oliver’s Mount, where he finished fourth in the feature race.

Unfortunately the grand final race at Skerries was cancelled due to poor road conditions, created via inclement weather.

“Have to say really enjoyed Skerries 100 the weekend and catch up with everyone again at the national races gotta say big thanks to the Devitt RC Express Kawasaki boys for given me the bike for it and all my sponsors only for them I wouldn’t be racing.

It was a pity the rain spoiled it in the end, the club have done a fantastic job hats off to those guys. Roll on the Southern 100 in the Isle of Man in two weeks.”