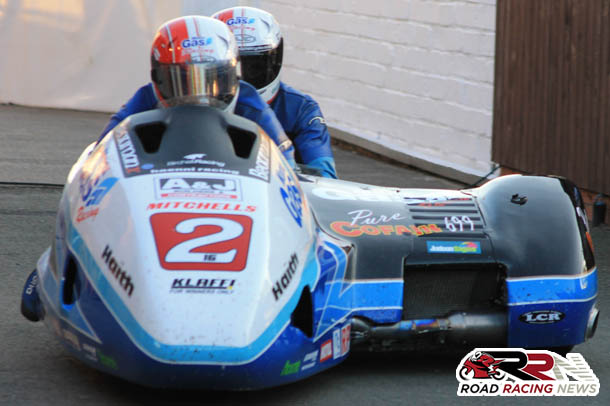 Dave Molyneux/Benjamin Binns are set to lead off the sidecar races at TT 2015. 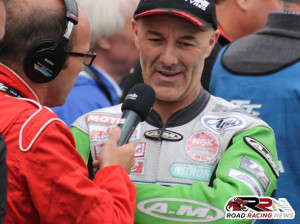 17 times TT winner Dave is as determined as ever to add to his ultra impressive hauls of wins on the mountain course.

Away at number two is reigning sidecar TT race 1 winners Conrad Harrison and Mike Aylott. Conrad and Mike’s victory at TT 2014 was one of the standout highlights of last years TT, the duo competing in Printing roller services backed outfit will start once again one of the favourites for race wins. 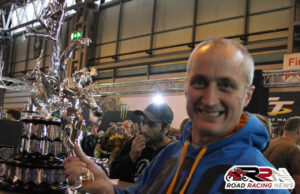 Holding number three is the Birchall brothers Ben and Tom. The 2013 sidecar TT race 2 winners have in recent years proved there undoubted pedigree on the most famous of all road racing circuits.

They are set to compete for the fourth time on Klaus Klaffenbock’s Manx Gas backed outfit, they are sure to be in pursuit of race victories as will be Tim Reeves and Patrick Farrance who hold number four. 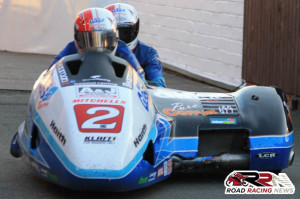 In 2008 when Tim made his TT debut he was joined by Patrick for his first year of action on the island. Since then Tim has become a TT winner and is firmly established as one of the pre race favourites in sidecar races at the Isle of Man TT.

At number five are former TT winners John Holden and Andrew Winkle. The experienced duo are all set for action in Silicone engineering racing backed outfit as they aim to add to their one previous TT victory which was recorded in sidecar race two at TT 2011. 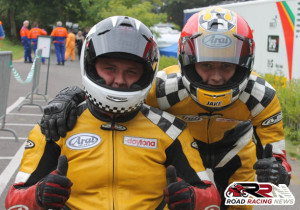