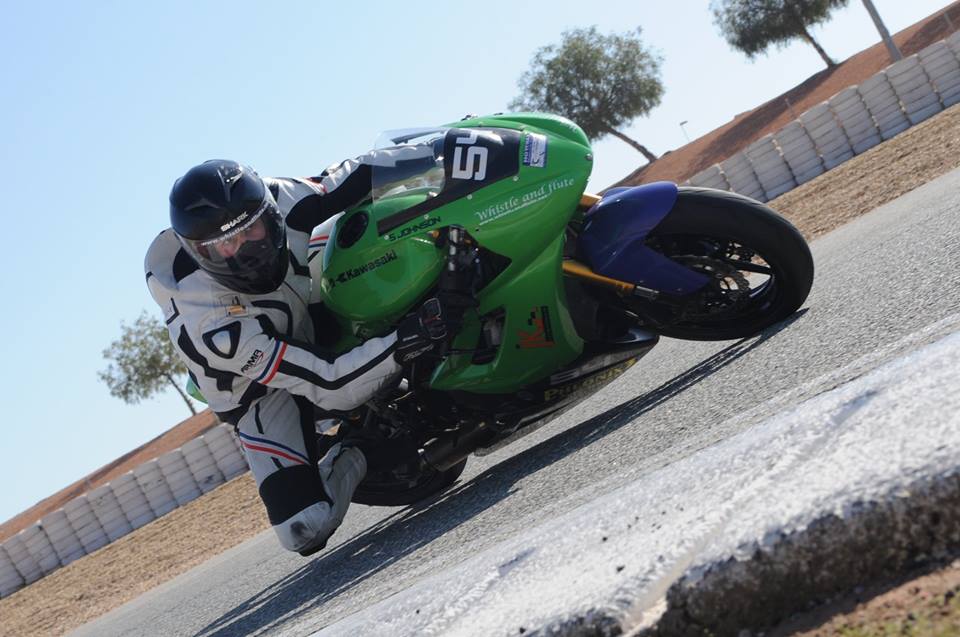 After a successful test at Cartagena in Spain on the ER650 SDJ racing and Sam Johnson are excited at the prospect of 2015 road racing season plans.

Recently moving onto the super twin Sam gelled with the bike well and after the 3 days a lot was learned about the bike and overall felt comfy on the bike. 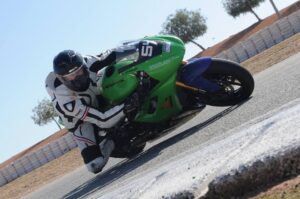 Sam said “the bike was spot on after a few changes I feel really comfy on it and cant wait to get racing, I feel like I’ve had a year learning Oliver’s mount and am ready to try push on for some strong results. Also my experience gained at the Manx 2014 has been second to non and I cant wait to get back to the isle of man as well, its been a long winter but I’ve been doing a lot of MX and been boxing and in the gym daily so am raring to go!”

Recently the team got some additional support from a local firm with a strong Irish road race back ground themselves. JK construction will be the title sponsor for 2015 with long standing sponsor whistle and flute pub at barnetby still supporting the team for 2015.

“I would like to say a big thanks to both whistle and flute for sticking by me again in 2015 and new sponsor JK construction for getting on board, this should mean I can get on the bike more and hopefully get to where I want to be” 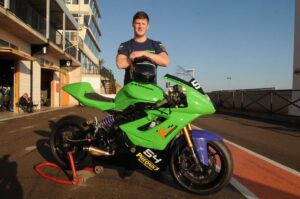 SDJ racing will be competing in all the Oliver’s mount meetings, Cookstown 100 , Isle of man (plans yet to be confirmed regarding class) Abedare park for the first time and other selected Irish national races.

Overall SDJ racing and Sam are looking forward to the 2015 road racing season.