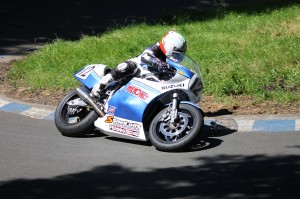 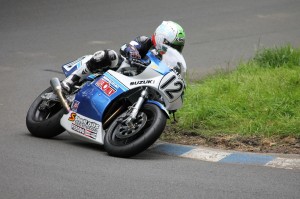 Russ had better luck on Sunday with a superb ride to third place in feature Barry Sheene trophy race. Russ had not competed on 1100 F1 Suzuki before competing at Barry Sheene road race festival making his top three finish even better.

Next road race coming up for Russ is the Southern 100 which the runner up in 2014 TT privateers championship is looking forward to competing for Silicone engineering racing as he bids for top results at the friendly races.