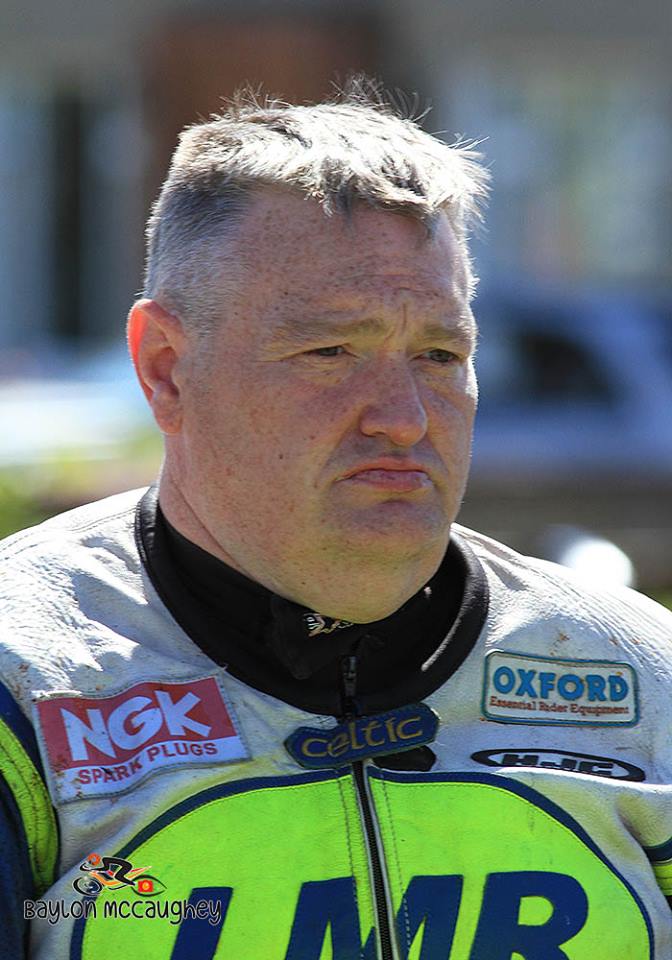 Entering his 25th season of racing is Crumlins Stephen Beattie, who started racing at 15 years of age, on a 80cc Wicks. Beattie had top 6 finishes in the Irish and Ulster 80cc championships.

In 1996, like many of our young Irish road racers, Beattie went to the Manx GP for the 1st time, where he competed in the newcomers race, Stephen had the honour of starting as #1, unfortunately, Stephen retired on lap three when lying the top 6.

After the race someone bought the bike of him, and the following season, Beattie rode a 350 yamaha for the late Martin Rea. 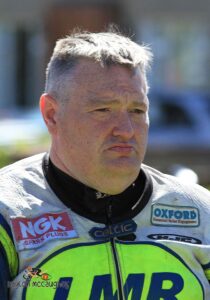 Over the years, Beattie has ridden in all sizes of racing bikes, but for 2017, he will have a new challenge.

Beattie will now turn his hand to classic racing, where he will ride the K4,350 Honda for local race enthuasist, George Leonard.

The 350 Honda, known to everyone as “Tiddles” belonged to Georges late father Ian, who maintained the bike, before his sad passing. Since then, George, along with his Mum have kept the bike going, in memory of his Dad, a great photographer and Classic enthuasist, Ian Leonard.

The Leonard Honda, with Beattie on board also hopes to take in the Bob Mac classic meeting at Knockhill.

Stephen is also building a T500 Suzuki for the classic scene, but at the minute, is having problems, regarding the machines eligibility to compete in the Classic races! “I can ride it anywhere else, but at Home” sighs a disgruntled Beattie! Who will continue to ride his own ER6 and Triumph at the North West 200, Southern 100, and Ulster Grand Prix.

“Racing wouldn’t be possible for me this year, but for, George Leonard and his Mum, they have given me everything I ask for.

Thomas Hogg, for all his help, To LCR, IMR, CB Carparking, Mobile Vehicles repairs, Motul Oils, NGK Spark Plugs, Oxford Products, HJC Helmets, along with former racer, now spannering for me, Ronne McAlister, without these guys, I wouldn’t be racing at all!”.