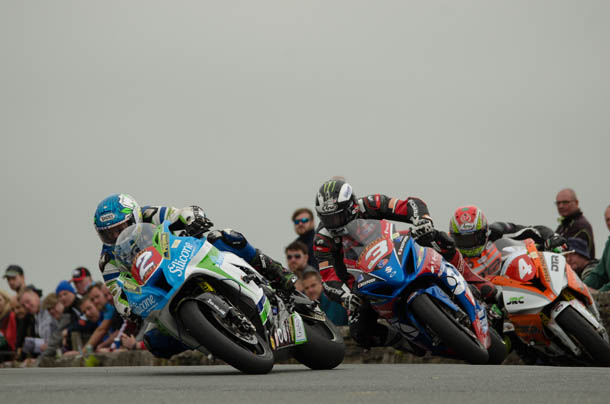 One of the best races I’ve ever witnessed up close in person was unquestionably the 2017 Southern 100 Solo Championship.

You name it this race, which I declared race of the year in 2017 had it all, drama, great overtakes, lap record breaking speeds and most of all world class competition on the fast flowing, illustrious Billown course.

Back in July of 2017, my race report on the nine lap encounter was as follows:

With top draw conditions, hunger for success in abundance for multiple competitors, plus rising stars ready to step up, the scene was set for an enterprising 2017 Southern 100 Solo Championship.

Michael Dunlop got the hole shot, and had surged into a reasonably comfortable race lead at the end of lap 1, before Silicone Engineering Racing’s Dean Harrison and DTR’s Dan Kneen began to reel in the 15 times TT winner, on lap two and three. 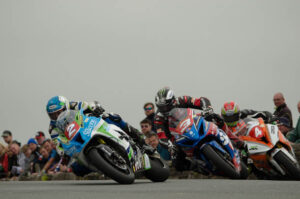 Positions within the leading trio remained the same on lap five, before Kneen dramatically surged to the front on lap six, holding off the attentions of Harrison and Dunlop.

The 2014 Irish road race Superbike champion, was looking on course for a first big bike success around Billown, but then there was another twist within this ultra close fought race. 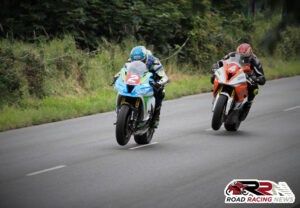 Lap eight would see Harrison regain the race lead over Kneen, as Dunlop in third seemed to be gradually dropping out of contention.

One of the all time great races at Billown, would conclude with Harrison just getting enough drive out of Castletown Corner to hold off Kneen to secure a first Solo Championship title, by just 0.131 of a second.

After all the problems afflicting his Superbike Silicone Engineering Racing machine throughout the past couple of days, this race win it’s fair to say was more than well deserved.

Kneen in second, had the consolation of clocking lap speed of 115.6 mph, making him the second fastest rider in history at the ‘Friendly Races’.

Michael Dunlop in third, set on the ninth and final lap, a sizzling new lap record of 115.707 mph, the Bennetts Suzuki rider, hinted afterwards that a mix of tyre problems and a different set up compared to in the previous Senior race, hindered his challenge for a fourth Solo Championship crown.

What can you say about this year’s premier race of the 2017 Southern 100, it was marvellous, captivating, dramatic but most of all unpredictable.