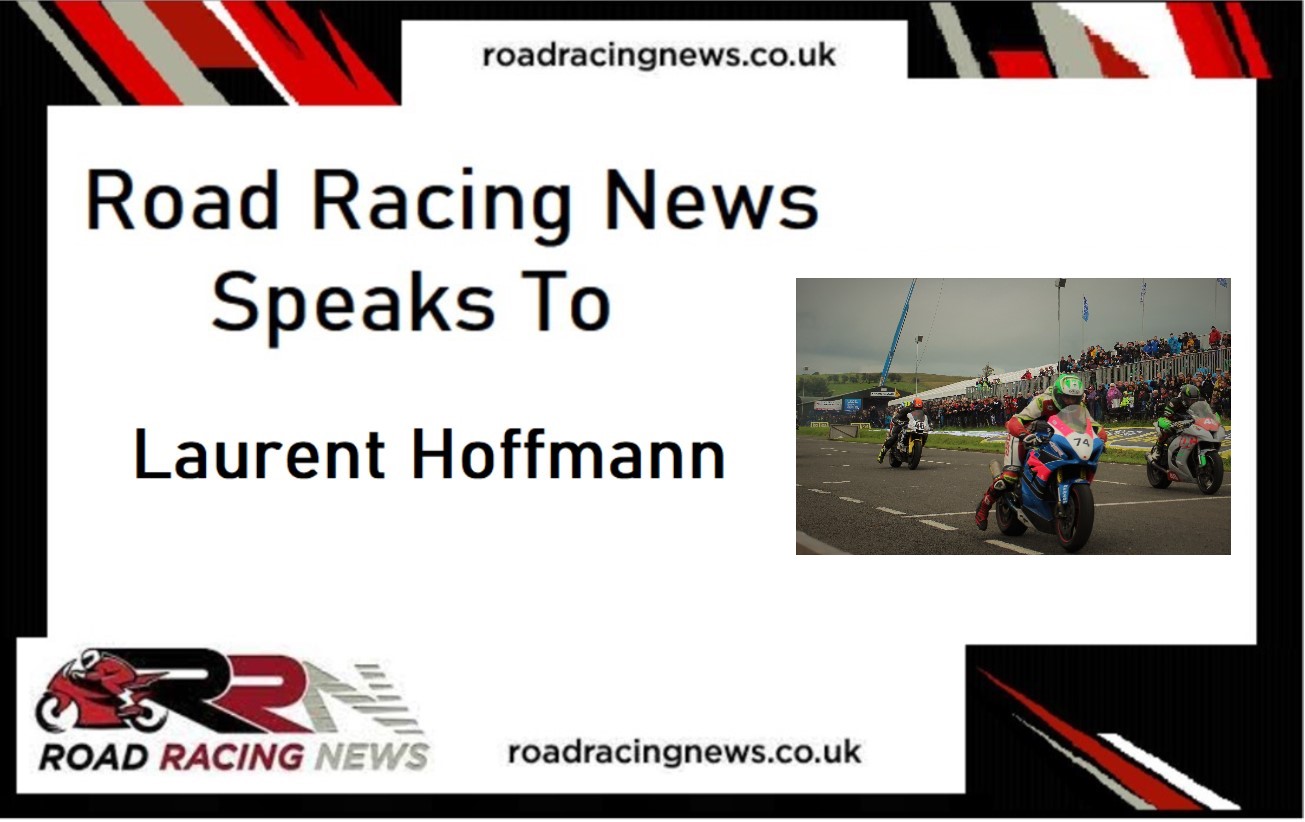 You can apply all these aforementioned attributes to twice IRRC Supersport Champion Laurent Hoffmann.

Stepping up this year to the Superbike class, Hoffmann supported by MRP Racing has event on event shown accomplished form recording multiple more than creditable results.

The final IRRC round of 2021 at Frohburg saw the quickest Ulster GP newcomer of 2019, join the Superbike rostrum finishers circle, placing third, second in the 10 lap races, which elevated him to fourth in the final SBK Championship standings.

Recently I caught up with the 17 times IRRC winner, to reflect on an overall extremely productive, first full season of 1000cc roads competition.

Q1: Have you exceeded your expectations during your first full IRRC Superbike campaign?

“Yes I did. There’s so much to learn in the big bikes. As a newcomer to the Superbikes my goal was to try to be in the top 5. I ended 4th after a strong season’s end.”

Q2: How high do you think the level of IRRC competition is at present?

“I think the level raises every year. I checked lap times from 2019 and we go faster. There were no big names in the series this year (because of Covid) but the speed is still there.

Seeing the lap record set by Didier grams in Hořice proves it.”

Q3: What did it mean to you, breaking into the IRRC Superbike podium finishers circle at Frohburg?

“It was a dream come true to end up on the podium amongst the fastest road racers of Europe. I was the whole year trying hard and I just never made it.

4th, 5th and then I made it twice with a 3th and a 2nd place. Some people said to me that I would never make it in the superbikes.

I could have stuck with Supersport so I could continue winning. I’m glad I raised the bar for myself. I will work even harder to make progress in my speed.”

Q4: Compared to all forms of motorsport how popular is pure road racing currently in Belgium?

“Road racing in Belgium is popular for those who know it. In Chimay, the only event left for modern bikes, it’s always a full house.

But outside that world not many people care. There’s a movie now in cinema’s called : Rookie. It’s about a road racer who tries to fit in the normal life after a crash. I hope the sport will be a bit more popular after watching this.”

Q5: Are you planning to tackle the IRRC Superbike division again in 2022?

“We will for sure do another season of IRRC in 2022. Also the big road races are planned overseas. But all will depend on budget and the new rules after the Brexit.

I hope there will come a solution for us European riders that we can race without paying a whole lot of extra insurances on top of our travel expenses.”