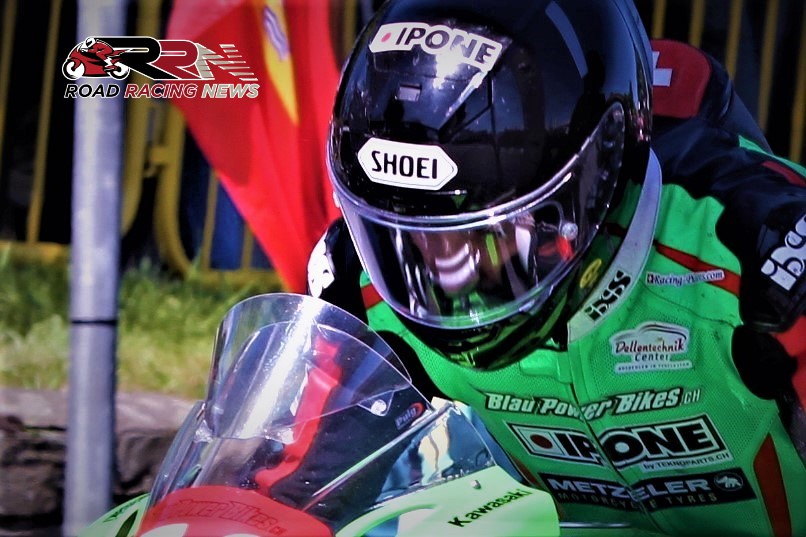 Three times a TT winner, he’s one of a rare breed of competitors from a nation that historically hasn’t been the biggest supporter of motorsport.

The fastest Mountain Course newcomer at the most recent TT Races in 2019, Kawasaki mainstay Maurer has jumped up multiple levels during a quite stellar start to his latest IRRC venture.

Recently I got in touch with the Heidger Motorsport supported racer, to chat all things IRRC 2021. Our uncontrived conversation reads as follows:

Q1: Prior to the season, could you foresee yourself leading the IRRC Championship?

“I knew I would be fast this season because with FJ Suspensions we have a new suspension supplier and pre season I was beating every personal best lap time at every track I travelled to.

So I knew I would be able to fight for victories. But I also knew the pace of Didier Grams is always strong, so it is a big surprise that I am now leading the Championship, whilst having to race my slower bike (Superstock).”

Q2: You’ve had good battles this season thus far with the likes of Didier Grams, Marek Cerveny, David Datzer, who do you view as your biggest Championship rival for the remainder of the season?

“The biggest rival was for sure Didier Grams because he is fast at every track. Unfortunately for him he lost a lot of points in Horice.

So I have now to focus on Marek Cerveny. I am expecting that Grams and David (Datzer) will fight for the victories in the next races because they are a few points behind and have nothing to lose right now.”

Q3: In contrast to Chimay it looked you was back aboard your Superbike mount at Horice, how pleased was you with it’s overall performance?

“Unfortunately I am still riding the stock bike because the bolts for the crankshaft are not available till the end of September.

So I think I will have to ride the whole season on the stock bike that is almost 30 horsepower less and has some other parts that are not that high performing.

Nevertheless the stock bike that I received from Blau Power Bikes is doing a fantastic job. The power these stockers have nowadays is just insane and I am really happy that everything is going smooth till now.”

Q4: Has your recent success gained publicity a plenty in your home nation?

“Unfortunately road racing is not very popular in Switzerland and I think most of the people don’t even know that there is a Swiss road racer. Makes me even more grateful for all the supporters and sponsors that I have.”

Q5: What would it mean to you to become IRRC Superbike Champion?

“To become the Champion is now the biggest goal and I will try to stay out of trouble at the next races and not push all the way to the limit.

It would be a nice reward for all the money, pain, sacrifices I’ve made in the last years to do this amazing sport.”