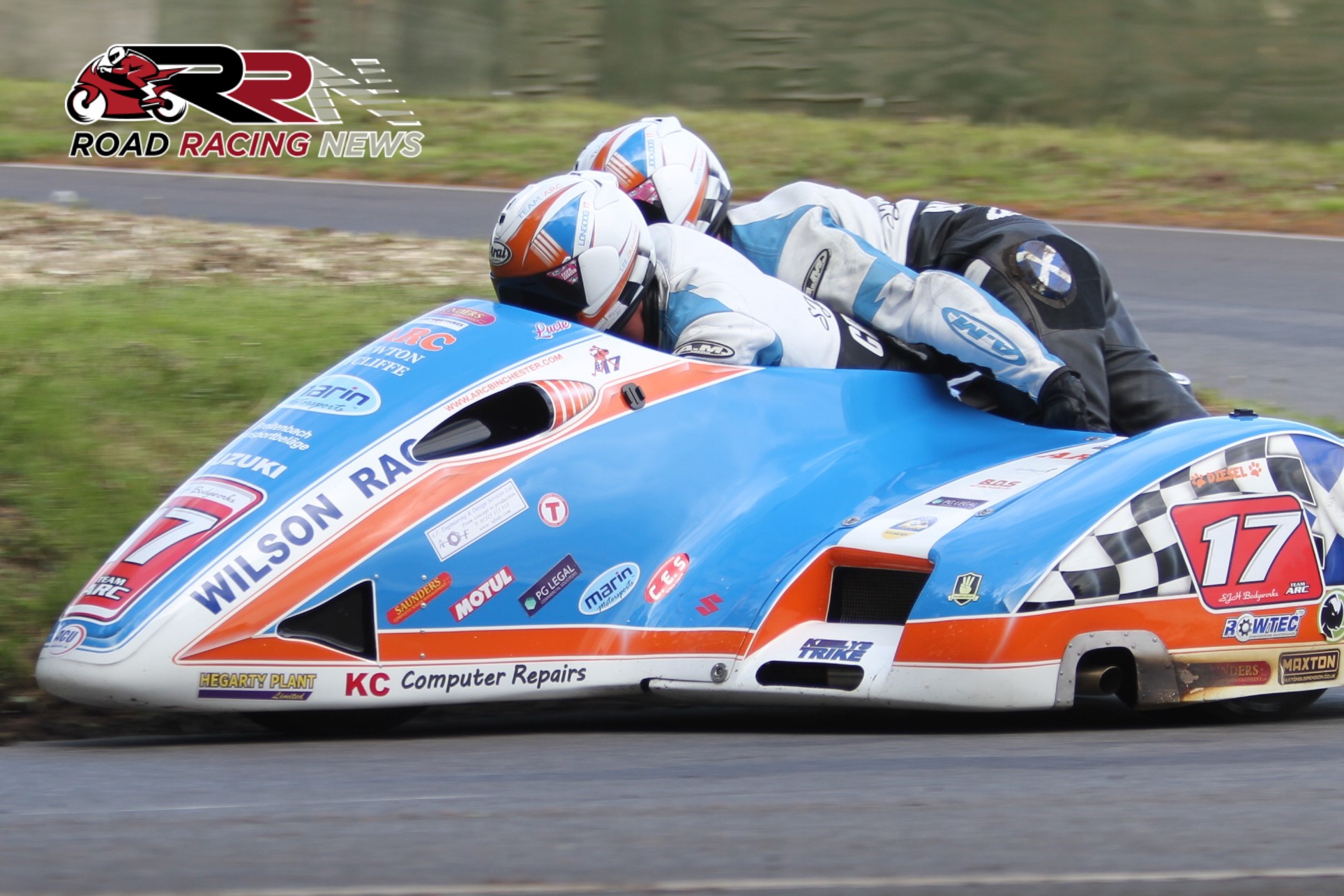 Going into Croft with a 74 point Championship lead, Oliver’s Mount Scarborough ‘King Pins’ Crawford/Hardie knew that to clinch the aforementioned British F2 title, they had to finish ahead of nearest Championship pursuers, Harry Payne/Mark Wilkes.

With Payne/Wilkes placing second, this gave Crawford/Hardie an unassailable Championship lead of nigh on 80 points.

It’s been a truly faultless season for the Suzuki powered duo, who prior to unforeseen circumstances were due to tackle this year the TT Races.