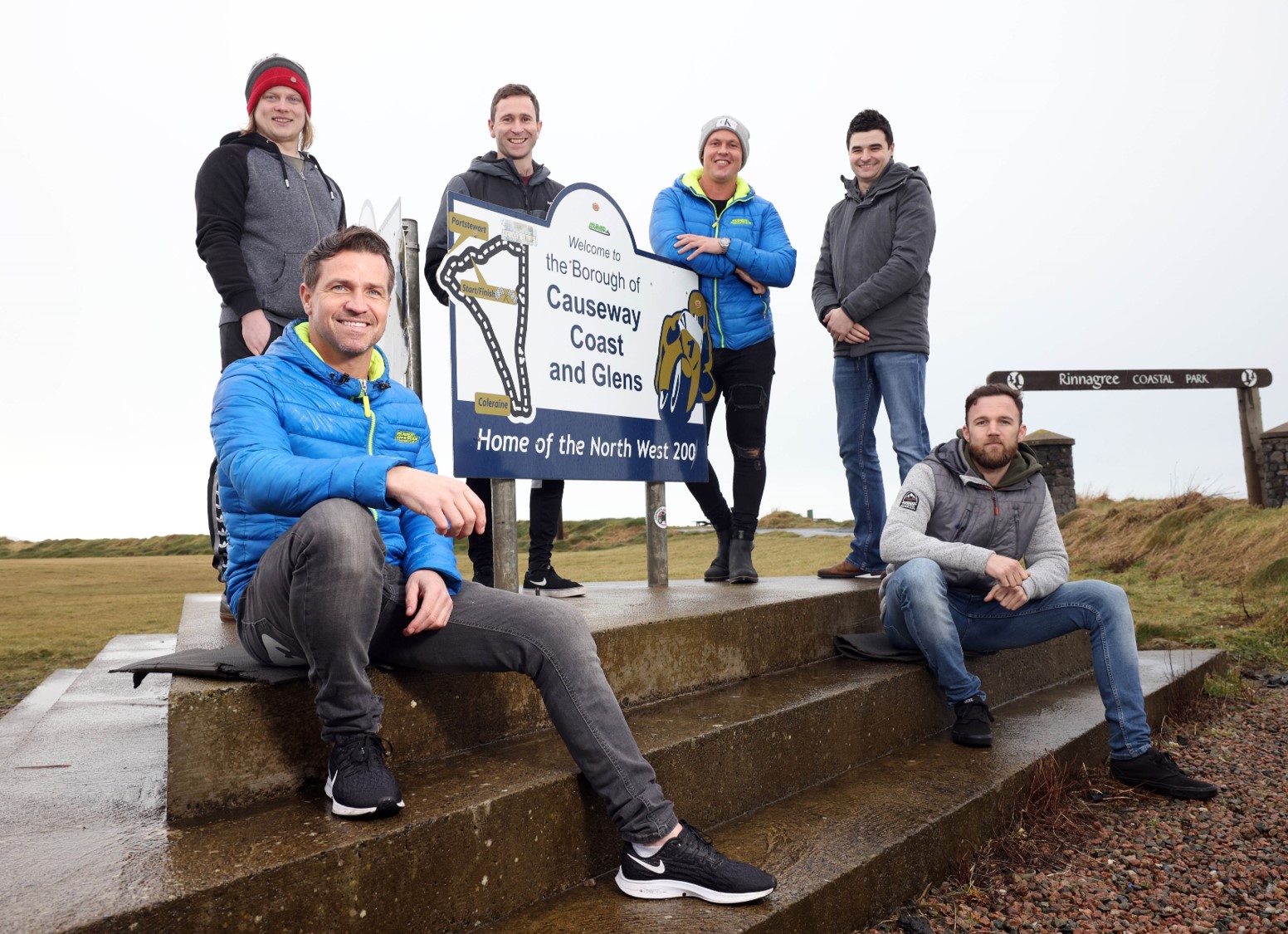 Prospective North West 200 debutants visited recently the illustrious Triangle course, honing their skillset ahead of their maiden tenures at the opening International roads event of 2022.

Due to make before the Covid-19 pandemic struck his NW200 debut in 2020, the ambition remains strong and Ellison who will race Hawk Racing prepped GSXR 1000RR Suzuki for the Powerslide Suzuki outfit, stated the following:

“I have been watching onboard laps every morning. Station corner seems daunting and I think it will blow my mind. The rest of the circuit looks fun too and I can’t wait to get here.”

Powerslide Suzuki Team Owner Brad Clarke, will venture back to racing duties this May as he joins Ellison in tackling the iconic Triangle course.

Speaking about this, the ex National Superstock Championship exponent said:

“I want to come and do a good professional job with the team although most of the expectation will be on James rather than me. I just want to be competitive and go home in one piece!”

“It’s something I’ve always wanted to do since watching the North West as a youngster. It’s the biggest event in Ireland that everyone goes to. It will just take a bit of time to get used to.”

WH Racing’s Julian Trummer has proven road racing credentials and will no question give a good account of himself.

Commenting today about his upcoming NW200 debut, he said:

“I am coming with no pressure on me. I just want to learn the track and enjoy myself. Some parts like the chicanes and long straights may be easier to learn than the TT but maybe the high speeds will be a big challenge.”

Another racer hoping to circulate around the Triangle for the first time, carrying an experienced pure road racing CV is Wigan’s Josh Daley.

“I will race a ZX10 Kawasaki in both the Superstock and Superbike races. My main aim is to qualify, then be safe and enjoy myself.”

Completing the group of six confirmed racers, planning to add the NW200 to their racing itineraries, is triple Manx GP winner Michael Evans.

Established as one of the Isle of Man’s fastest rising roads forces, he issued the following about the next enterprising expedition in his racing career.

“I will be racing a Superstock spec S1000RR BMW, a R6 Yamaha and an ER6 Kawasaki at the North West for Heatech Racing.

I’ve wanted to do the North West for a long time and I’ve been here as a spectator. I am now here to race. It is one of the big three road races. It looks interesting but it might be different at 200mph. I think it will be an eye opener on the first couple of laps.”