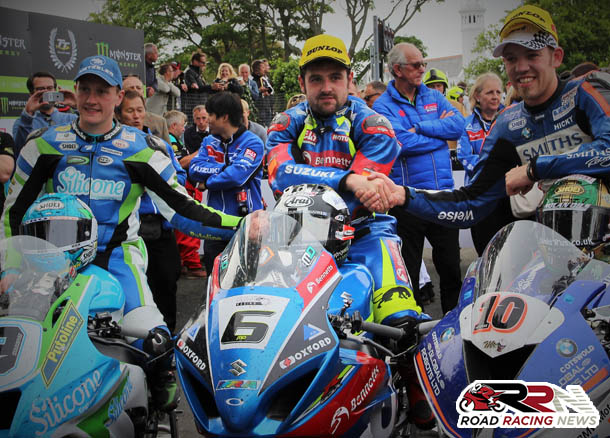 One of the most significant themes of TT 2017, in my opinion was Honda’s struggles.

Not only with the new CBR 1000RR Fireblade SP2, but also the well decorated Padgetts team experienced problems a plenty.

Correspondingly BMW, courtesy of Ian Hutchinson’s Superbike and Superstock victories, took their tally of TT success in the last four years to eight, signifying their status as arguably the manufacturer to beat at the TT Races.

Could their role as the current leading marque within the 1000cc classes, be under threat though? Michael Dunlop’s thrilling Pokerstars Senior success, aboard the all new GSX-R 1000 Suzuki, provided Suzuki with a first TT win, since 2008.

The newest incarnation of the GSX-R 1000, was thought to have great potential, but it’s fair to say many thought the S1000RR, would still prove the machine to beat within the big bike races.

Stating, after his 15th TT victory, Michael Dunlop stated about the Bennetts Suzuki team, that “We proved the impossible was possible”.

Having not had an official presence at the most famous road race in the world since 2014, it was great to see a factory backed Suzuki team, back in the paddock.

Evoking memories of the marques dominance on the Isle of Man from 2002-2003, could the Senior TT title, begin another golden period for Suzuki?

It’s an undoubted possibility; don’t at all be surprised to see high calibre riders a plenty switch to Suzuki steeds, for TT 2018.

Whilst Suzuki, BMW, Kawasaki and the improving Norton’s move forward, Honda by contrast in recent years, have been outperformed by their rivals around the Mountain Course. 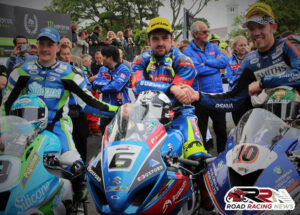 Ten years ago, it would have seemed unthinkable for Honda, to have gone throughout a TT fortnight, not recording at least one big bike podium finish.

Known for bouncing back quickly within the international road races, it’s very much a case in my opinion following TT 2017, of back to the drawing board for Honda.

The CBR 1000RR Fireblade SP2 clearly wasn’t going to be competitive enough at TT 2017, you could tell at the North West 200, the advantage the BMW’s in particular had on the new Fireblade.

Now on lap speeds alone, third behind BMW and Suzuki, the manufacturer order at the TT Races, has changed significantly in recent years. 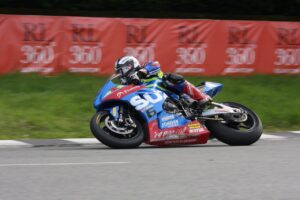 Honda’s has a heritage unlike pretty much any other marque at the TT, it’s in their DNA to be front runners on the world famous Manx roads.

Perhaps though, the challenges they face now from fellow manufacturers, are stronger than ever before.

Manufacturer interest in the TT is increasing, with now not only official teams enjoying strong backing from the factories, but also leading independent outfits and high level privateers.

As in all forms of motorsport, development is huge and perhaps by TT 2018, more changes within the manufacturer order could happen.

But for now, Honda have work to do, to reel in now, not only BMW but also Suzuki, who are firmly back in the big time.