Opinion: Don’t Read To Much Into Dunlop’s Ulster GP Results 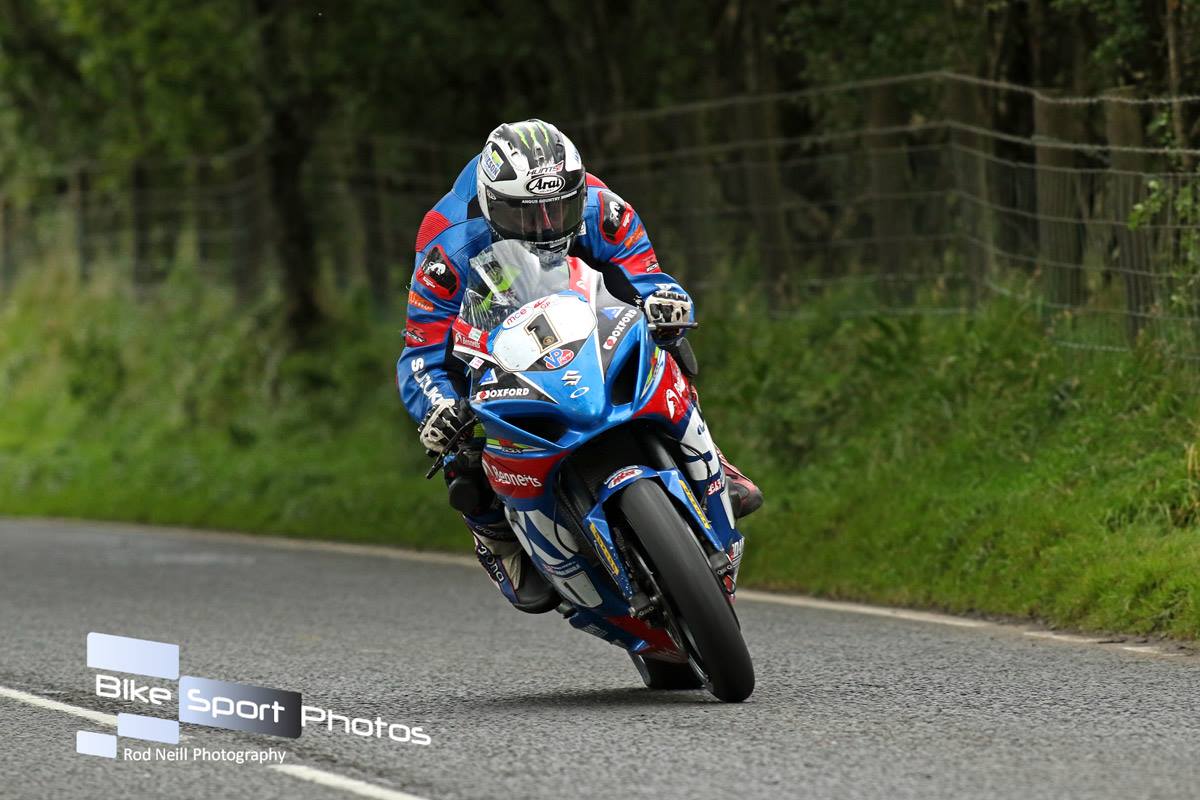 From the outside looking in, you could be forgiven for thinking Michael Dunlop was just off the pace at last weeks Ulster Grand Prix, the reality is that there’s a lot more reasons behind his struggles at Dundrod.

For a start, it was clear to me from reading the speed trap timings across all classes, that he was down on power in particular within the Superbike races.

The Bennetts Suzuki in the feature Superbike race went through the Flying Kilo at 191.8 mph, compared to quickest Conor Cummins (199.2 mph), with a difference of 7.4 mph between them.

With this in mind, it’s not surprising that the 15 times TT winner struggled to maintain the pace, of the consistent front runners.

To those who might question the 27 times international road race winners motivation, to succeed at the world’s fastest road race, I have to state this couldn’t be less true.

In all my time reporting on pure road racing, I don’t think I’ve come across many as motivated and determined to win as the Ballymoney racer. 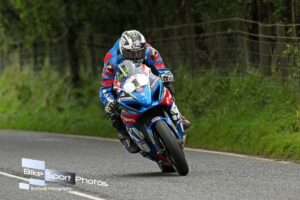 He’s already worked more than one miracle or two this year aboard the still developing new GSX-R 1000 Suzuki.

Including of course his magnificent Pokerstars Senior TT success, plus setting a new outright lap record at the Southern 100.

In my opinion at Dundrod, as good as the standard was in all races, I can’t help but think with a bit more grunt, plus overall more competitive packages he would have contended for race wins.

Michael knows though that the standard is improving all the time, at the international roads events.

The likes of in particular Peter Hickman and Dean Harrison, are for many getting closer to claiming Michael’s crown as the numero uno, number 1 international road racer worldwide.

For now though in my opinion he still just about holds this coveted title.

Many may not agree with me but in the current truly golden generation of pure road racers, he’s a rider who time and time again proves the impossible is possible.

The maverick will be aiming to reassert his authority at the upcoming Classic TT Races, which thus far he has scored four victories at.