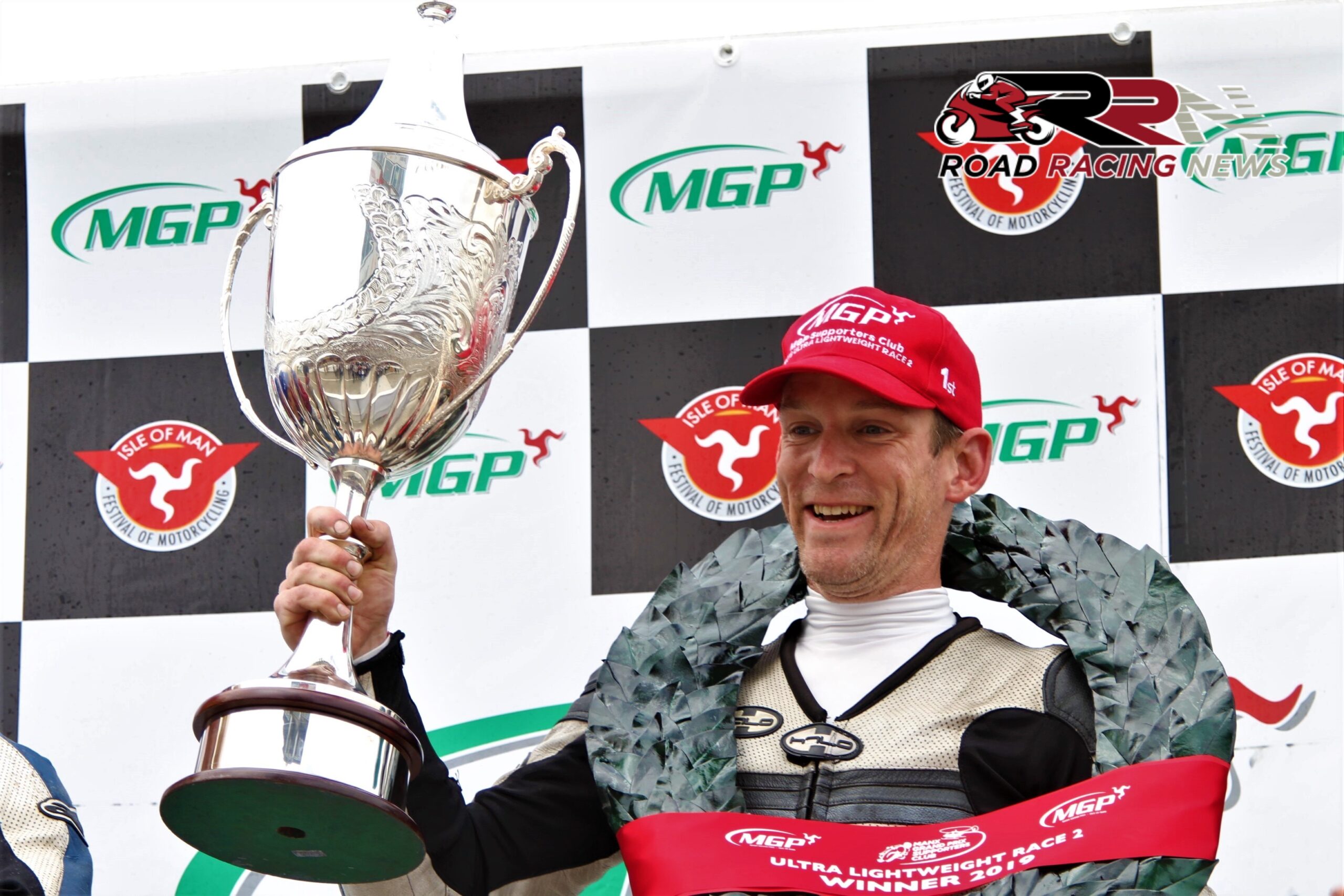 Exactly a year ago today, my write up’s on all the action, position changes, drama a plenty, the triumphs, new ‘Tommy Club’ members, read as follows:

2.282 seconds behind Francesco Curinga at Glen Helen on lap 1, it wasn’t long till Hind exerted his authority on the race, moving into the race lead at Ballaugh Bridge, then pulling five seconds clear at the Bungalow.

3.552 seconds ahead of S1-R Paton mounted Curinga at the end of lap 1, lap 2 saw the Junior/Lightweight MGP lap record holder up his race lead to in excess of 13.4 seconds.

Lap three began with Hind under pressure to keep the race lead on the run to Glen Helen, after having a relatively slow pit stop which allowed Italian star Curinga to close to within just under two tenths of a second.

By Ballaugh Bridge though Hind was back into the groove, moving 6.244 seconds clear, which extended at Ramsey Hairpin to plus ten seconds. 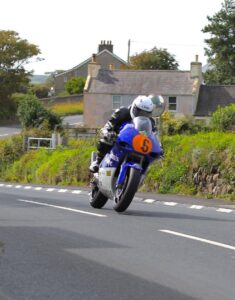 Five seconds in arrears to Rad Hughes at Glen Helen on lap 1, the remainder of Moto 3 Honda mounted Snow’s opening lap saw him steadily reduce the gap to Hughes prior to moving into the race lead at Cronk Ny Mona.

At the completion of lap 1, he led Hughes by only 0.697 of a second, with class victor from last evening Lancelot Unissart occupying third place.

Lap two would see Manx GP veteran Snow power clear of the chasing pack, enjoying by the Bungalow an advantage of 9.66 seconds.

Come the conclusion of lap two, Snow heading into the pits for his scheduled pit stop was 12.475 seconds ahead of the RAF’s Hughes.

Not having to stop for fuel, Snow’s ultra quick brief pit stop allowed him to open on lap three a forty plus second advantage over Hughes, which he maintained to the chequered flag, taking the race honours by an astonishing 44.220 seconds. 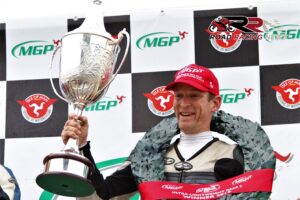 In spite of the 30 second penalty applied to him, he still finished 3.581 seconds ahead of third place finisher from last evening, CSC Racing’s Alex Sinclair.

Despite the presence of strong, blustery winds around the Mountain Course, decent conditions all round greeted competitors for the showpiece race of this year’s Manx Grand Prix, the four lap Senior race.

Pre-race favourite James Hind surged into an early race lead at Glen Helen but was only 0.464 ahead of The Peoples Bike Team’s Stephen Parsons, with Junior race victor Nathan Harrison just a further 1.4 behind Parsons.

By Ballaugh Bridge, it was all change out front as Parsons took the race lead, moving 2.733 in front of Harrison, whilst previous leader Hind experiencing technical problems dropped well outside the top ten.

Soon after Junior class lap record holder Hind was a confirmed retirement, the next timing point at the Bungalow showcased that Parsons had moved over three seconds clear of Harrison, with his race lead now standing at 3.415 seconds.

Come the completion of lap 1, Parsons who joined the ‘Tommy Club’ following a fantastic standing start lap speed of 121.12 mph, held a 3.576 seconds lead over Harrison.

Going against the form book, Parsons continued to lead at Ballaugh Bridge by an extended advantage, enjoying now a nigh on seven second lead.

By the time Parsons reached Cronk Ny Mona, his lead had been nibbled into by Harrison, who was still 4.862 seconds in arrears to the Kendal racer.

At the end of Lap two, Parsons led Harrison by 5.896 seconds, whilst the seesaw battle for third between Tweed and Vicars, was headed by Irish Roads Supersport front runner, new ‘Tommy Club’ member Tweed, with only 3.254 seconds between the CBR 600RR Honda mounted racers.

Quite incredibly after the scheduled pit-stops, Parsons and Harrison were on virtually identical overall race times, with just 0.059 of a second! covering them at Glen Helen on lap three.

2017 Newcomers A race victor Vicars slotted back into third, as just 0.660 separated Parsons and Harrison at Ballaugh Bridge.

At Ramsey Hairpin, Onchan’s Harrison became the third different race leader, moving 0.425 ahead thanks to a one second quicker sector time than Parsons. 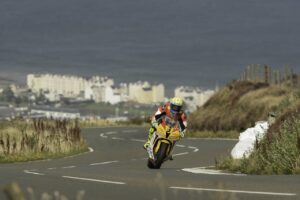 By the time Harrison and Parsons made the Bungalow, Harrison’s advantage out front had extended to in excess of three seconds, which then grew by another three seconds at Cronk Ny Mona to 6.315 seconds.

As Harrison completed his third and penultimate lap of the race, he held a 6.4 second lead over Parsons who in turn was 23 seconds in front of VRS Racing’s Vicars.

Harrison’s race lead at Glen Helen on the fourth and final lap, remained just past the 6.4 seconds mark, with his front running advantage now standing at 6.57 seconds.

Taking further control of the race at Ballaugh Bridge, Harrison moved 7.597 seconds clear as he homed in on a momentous Junior/Senior Manx GP double.

10.577 seconds ahead at Ramsey Hairpin, it was starting to look like Harrison had got the better of Parsons in the battle to become 2019 Senior Manx GP Champion.

14 seconds clear at the Bungalow, there was no stopping next gen Manx roads star who went onto take Senior race spoils by 17.836 seconds.

Now a two time Manx GP winner, Harrison’s lap four lap speed of 122.09 mph, puts him amongst a very select group of racers to have lapped at over the 122 mph lap mark in Manx GP affiliated competition.

“Through the first few laps I was asleep, couldn’t get into my rhythm, seeing what the conditions were like, it was a bit windy, didn’t know whether I’m fancying this.

Came into the pit-stop, they did a great job as usual, had a drink and I felt refreshed, felt like a new man again.