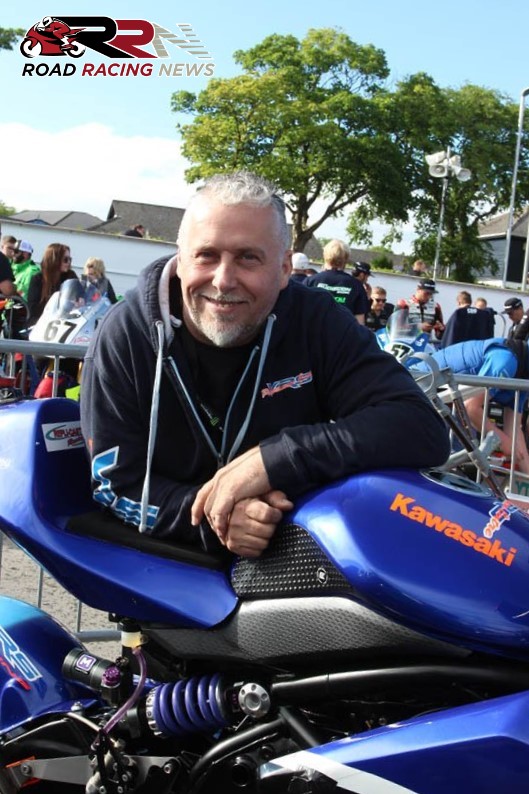 Ninth within the 2003 Senior Manx Grand Prix, twice a top thirty finisher at the TT Races, all round good guy, loyal supporter of racing at Scarborough Robbie Silvester, is the next racer to take part in Road Racing News, growing in popularity Oliver’s Mount Top 8 series.

Owner of the respected, highly successful VRS Racing team, his answers to the Scarborough themed series of questions, are as follows:

“16 years old, rode across from Pontefract on my fizzy, and it took us a lot longer than we expected to get here.

When we got here, there was two races left. We got to the bottom gate and they wanted full money off us. I said I ain’t paying full money to see two races, so I sat at bottom and listened to Barry Sheene and them go around.”

“When you race here it’s different again, it’s a massive family, everybody from the organisers to the marshals to all the lads that race here.

It’s a funny feeling, your closer to the lads here then what you are anytime you go to Cadwell, Donington or anywhere like that. I just feel it’s like a big family, it’s like coming home.” 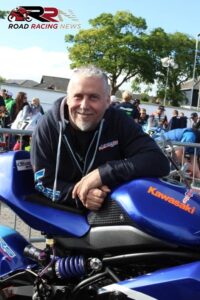 “I think my best moment at Oliver’s Mount was getting back on a bike for the first time. They got me out my wheel chair, and they lifted me onto the bike, Aidan Robinson was there with me my chiropractor, and he got me on the bike, held the bike up, when we did the retirement lap in 2012 for Ryan (Farquhar).

So there was me, Jamie Hamilton, Ryan, Guy Martin, Hutchy (Ian Hutchinson), McGuinness (John) and Michael Dunlop, all did a few laps on Ryan’s bikes, I think that was the best moment I had, getting back on the bike.”

“I have a few, I used to really like watching Dean Ashton riding here, when he was racing that Baxi Heating bike.

Plus David Jefferies he was good to watch around here, he used to come off at the start-line and lift it all the way down the start-finish straight, right round the corner on the back wheel.

I think between them two it’s hard to pick, so I’ll have two for this question.”

“I have Dennis Ireland’s RG 500 Suzuki, it’s forty years last week since that won the 500 Grand Prix at Spa in Belgium. We recently sent the bike back down to Spa. The RG 500 would be a bike I’d love to run around here.” 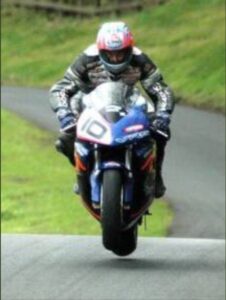 “Gotta be Ryan Farquhar. He just dominated when I were riding here, you didn’t see him for dust. It was either him or Lougher (Ian), but Ryan definitely, 100 percent I’d say Ryan.”