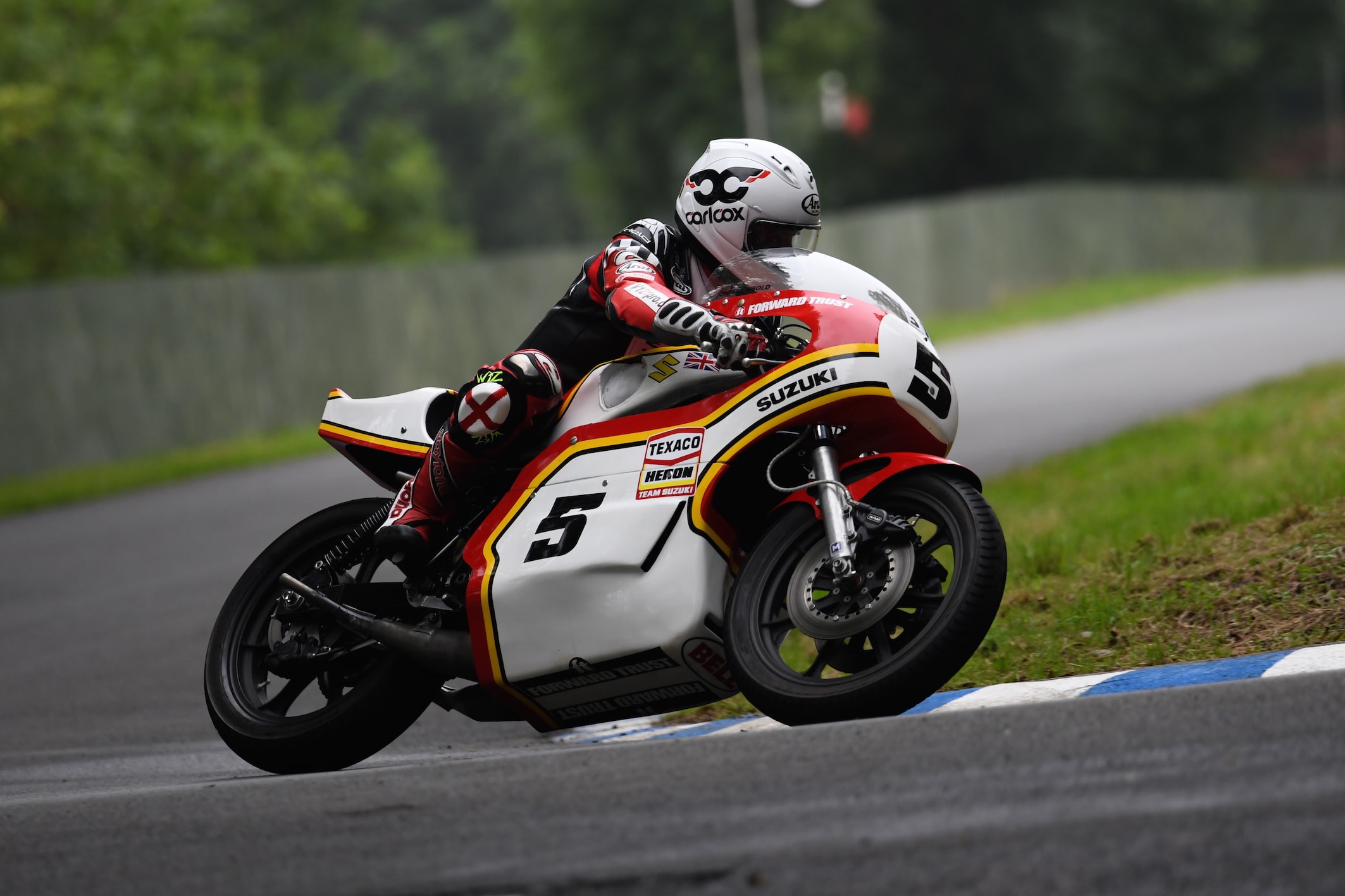 1995 Macau Grand Prix winner, 1995 British Supersport Champion, a Supersport race winner at the North West 200, the legend that is Mike ‘Spike’ Edwards is the next racer to take part in Road Racing News, growing in popularity Oliver’s Mount Top 8 series.

Multiple times a World Endurance race rostrum finisher, 1992 British Supersport 400 Champion his answers to the Scarborough themed series of questions are as follows:

“First memory of Oliver’s Mount, came here with my father in the 70’s when he used to run the Michelin Road Racing Tyre support service. I came here when there was people like Barry Ditchburn, Mick Grant, Agostini (Giacomo), Sheene (Barry), all the top stars, that would be my first memory here.

But for me I spent more time running through the trees with my mates, cause I was only a kid at the time, but that was a good memory.”

“The paddock atmosphere more than anything else, because of it’s shape it’s long narrow thinness, there’s just something about that, the atmosphere of the place is the best feature.”

“Well it’s changed slightly now the chicane here has kind of spoiled the best bit for me, which was coming through and over the start finish-line.

But I also enjoyed the run up the hill, Quarry Hill-Sheene’s Rise, cause you could give it hell for leather.” 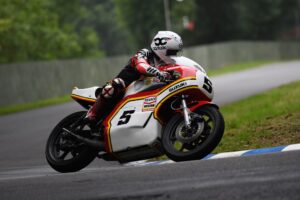 “Barry Sheene, he was absolutely the man, a bit like now Valentino Rossi turning up.”

“Yes, unfortunately I don’t think we are going to get out on it today cause of the dampness, they don’t run it at all when it’s raining, which is the Honda 250 six, so that’s the one I’ve got my eye on.”

“It has to be Gary Thrush, he’s not with us unfortunately anymore, very talented rider and you couldn’t give him an inch.”