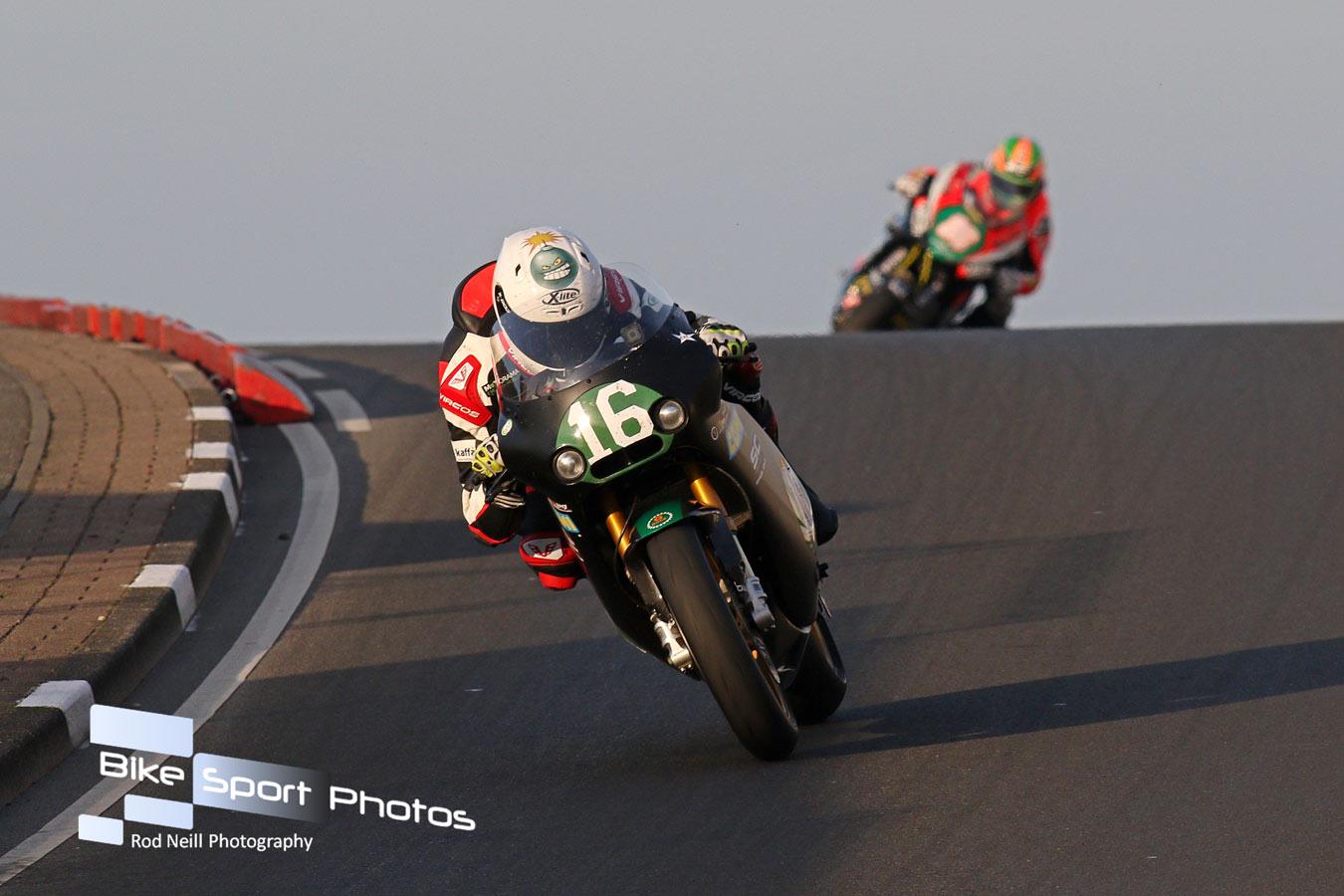 A quite brilliant evening of race action at the 90th anniversary North West 200, culminated in a quite tumultuous way as Stefano Bonetti secured MCL Insure Tech Super Twin race honours, in the process becoming the first racer from Italy to have emerged victorious on the fabled Triangle course.

McWilliams who was given special dispensation to compete, having completed just two laps in the Twins qualifying sessions, quickly opened up a plus half second advantage, which grew to just over 0.9 of a second at the end of lap 1.

Lap two saw the multi NW200 race winner, keeping at bay Italian star Bonetti, prior to crashing out of the race lead at Mathers Chicane.

This elevated Bonetti into the race lead, who at the time was closely followed by Duke Road Race Rankings leader Derek McGee.

By lap three though, the leading duo of Bonetti and McGee, were been reeled in quickly by KTS Racing’s in form Jamie Coward. 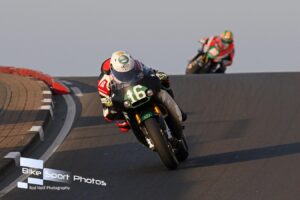 Whilst Bonetti maintained the race lead on lap three, it was all change for second, as Coward with a bold move at Mathers Chicane slotted into second.

McGee now down to third, by the end of lap three was a retirement, with a sudden technical problem afflicting his KMR Kawasaki steed.

Onto the fourth and final lap, and after the drama, drama and more drama before hand, you just knew a compelling, momentous finish was in prospect, as Bonetti and Coward battled it out for what would be for either, maiden International Road Race, North West 200 victories. 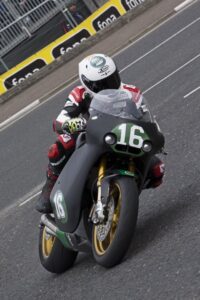 Both giving it everything in pursuit of race victory, it was European hill climb front runner Bonetti who found the pace when needed, to ultimately claim class spoils by just under 0.6 of a second.

Race runner up Coward, was gracious in defeat, and heaped praise a plenty on suitors KTS Racing, who have provided him with a quite potent ER6 Kawasaki.