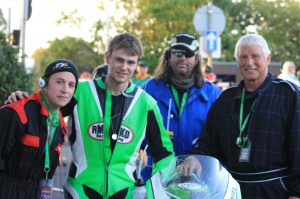 Nick Anderson is aiming for top results at the 2015 Manx Grand Prix. Nick enjoyed this year a highly successful mountain course debut as in newcomers b race he powered his way to third place finish following a great all round performance on RMKD ER6 Kawasaki.

Super twins race was again highly productive as 17th position was secured as he ended his first year of competition at the Manx Grand Prix in consistent style. Alongside his excellent performances in the Isle of Man Nick has also enjoyed series of high quality results around Oliver’s Mount in 2014. 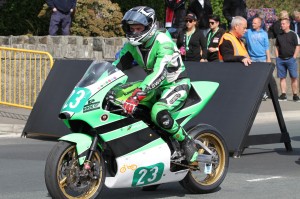 Having finished third in 2014 newcomers b Manx Grand Prix Nick Anderson is part of an elite group of riders to have been podium finishers on the most famous road racing circuit in the world. He is aiming for his second podium finish on the mountain course in 2015 in what is set to be a ferociously competitive lightweight race.