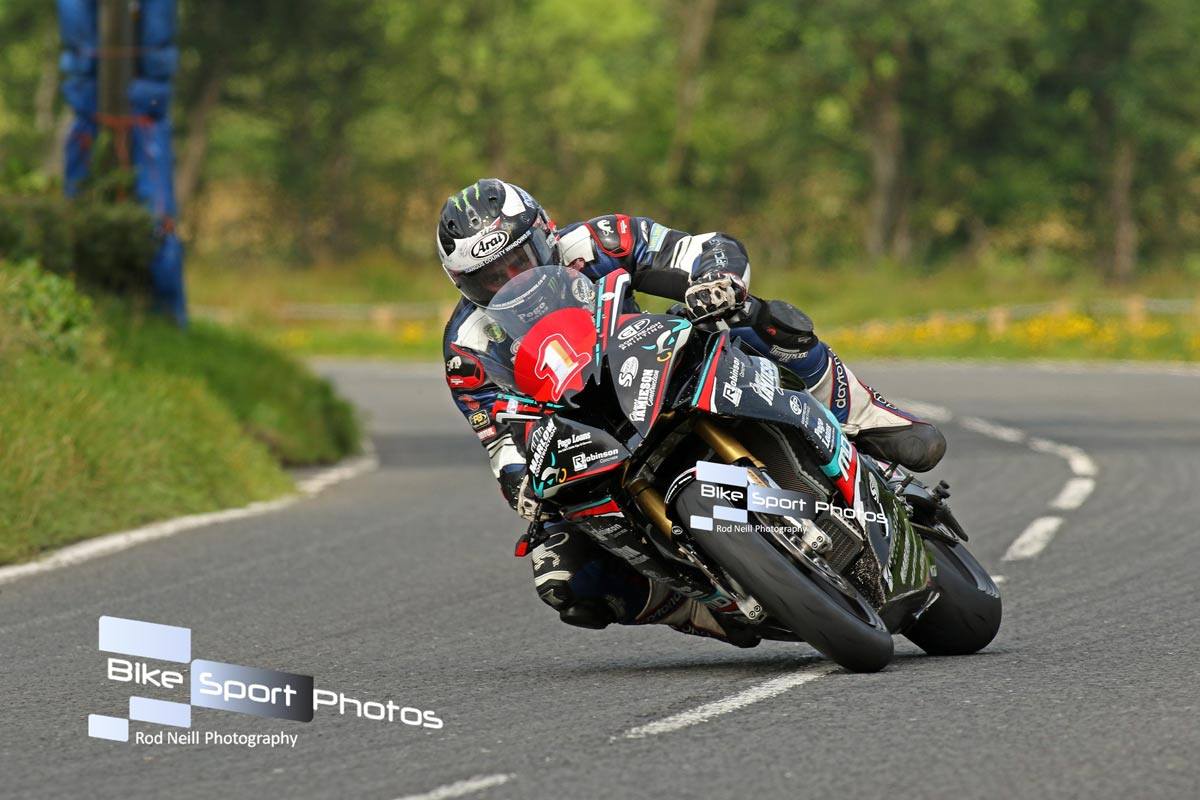 Ian’s total of international road race victories, moves up to 28, just three off Bruce Anstey’s total which now stands at 32, following his victory in the opening supersport race.

Seven newcomers to Dundrod lapped in excess of 120 mph. They included Dan Hegarty who with lap speed of 127.794 mph, set during the feature superbike race, finished the quickest newcomer.

In the second superbike race, Tyco BMW’s Ian Hutchinson went through the speed trap on the Flying Kilo at 199.2 mph, nearly 4 mph quicker than Michael Dunlop 195.7 mph on the Hawk Racing S1000RR BMW.

After last weeks action at Dundrod, Ian Hutchinson’s new Ulster GP lap record, 134.089 mph, makes him currently the only rider in history to have lapped at a pure road racing circuit, at over 134 mph.

Bruce Anstey lead the Honda challenge in both superbike races, finishing second twice on the Valvoline Racing by Padgetts Motorcycles RC213V-S Honda, which is believed to be worth in excess of £180,000 pounds.

Five manufacturers where represented within the top the finishers in the feature superbike race, they were BMW, Honda, Kawasaki, Yamaha and Suzuki.

Three of the competitors in the ultra lightweight race, competed on Moto 3 Honda’s, which included race winner Christian Elkin.

The sole 450 in the lightweight race, the DRW Racing KTM piloted by Dave Walsh, finished a highly respectable 17th. 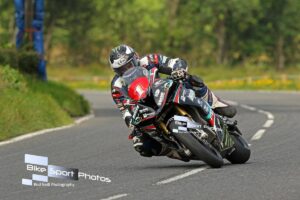 Although he didn’t stand on the top step of the podium at the world’s fastest road race, Michael’s lap speed of 133.979 mph set in the second superbike race, makes him the new second fastest rider in history around Dundrod.