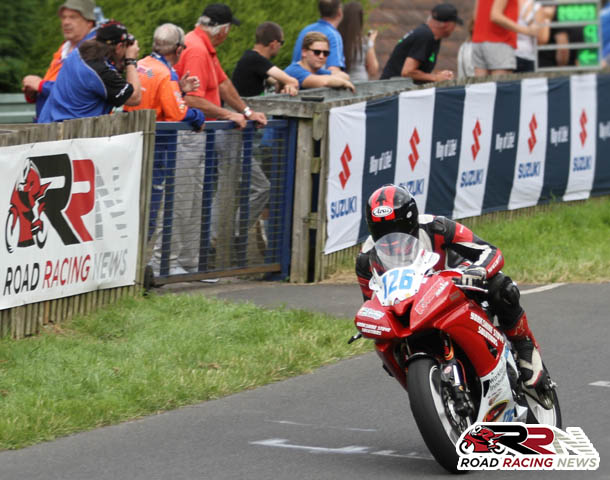 Having shown strong pace in practice and qualifying sessions, he went into the opening race of the meeting, modern junior 600 race 1, confident that he could seal a top quality result.

Piloting his own teams YZF R6 Yamaha, he went onto finish an excellent sixth, as he lead the Yamaha supersport challenge. 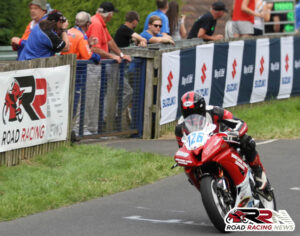 Main highlight of the meeting though, was in the second modern junior 600 race. Once again leading the Yamaha challenge, he secured a quite brilliant fifth place finish, finishing in front of many a fellow rising star on the roads.

Alongside his exploits at the Barry Sheene Festival Powered by Suzuki, 2016 between the hedges has seen Mike record a top five finish in the supersport b race on his debut at the Cookstown 100.

Plus the Spring Cup National Road Races, which marked his Oliver’s Mount debut saw him victorious in the opening junior b race. 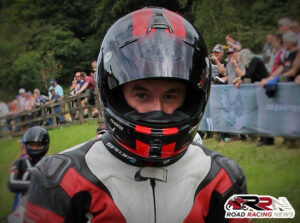 Next roads meeting’s potentially next coming up for Mike are the Killalane Road Races, plus the prestigious Scarborough Gold Cup.

Looking further ahead into 2017, he is planning to make his first venture onto the Mountain Course, at the Manx Grand Prix, there’s no doubt he has the talent, ability and the potential to become a highly accomplished exponent of the legendary TT course.

Wayne Humble Over The Moon With Oliver’s Mount Progress