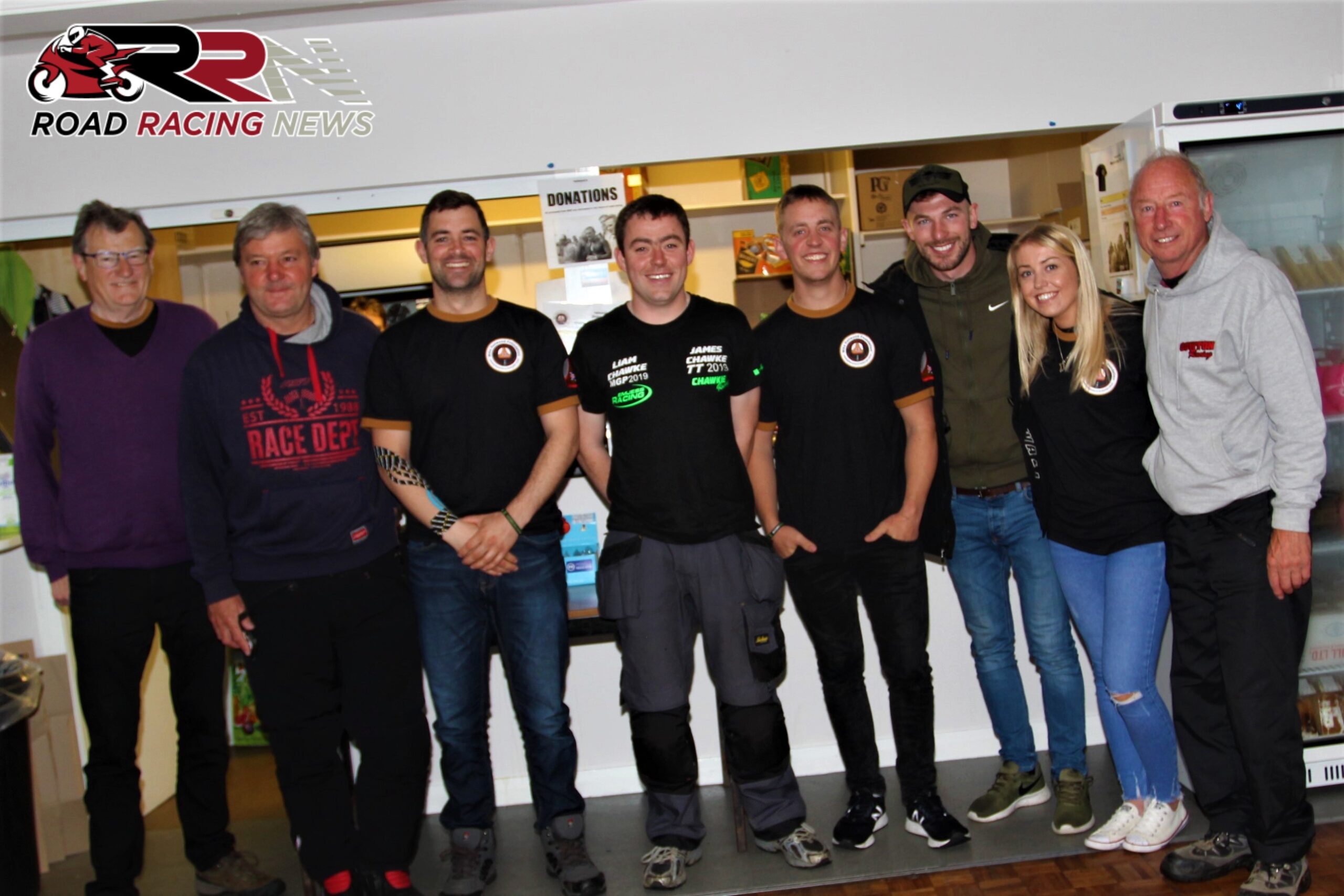 Receiving rewards in the Mike Hailwood centre today at TT 2019 were the MHF Scholarship sponsorship recipients, who each received extremely generous portions of money.

Racers in attendance to receive their cheques from the MHF’s Kevin Quirk and Adrian Earnshaw were Davies Motorsport’s Dominic Herbertson, PRF Racing’s Barry Evans, Dafabet Devitt Racing’s Paul Jordan and reigning Junior Manx GP winner James Chawke, who all spoke about how challenging practice week has been, with track time at an extreme premium.

Receiving a cheque in honour of the late but great James Cowton, were James partner Chloe Black and Dad Fran Cowton.

It was a shame to see certain competitors not turn up today, to acquire their cheques from a foundation that helps and some future generation, present generation, up coming Manx GP, Classic TT, TT stars.