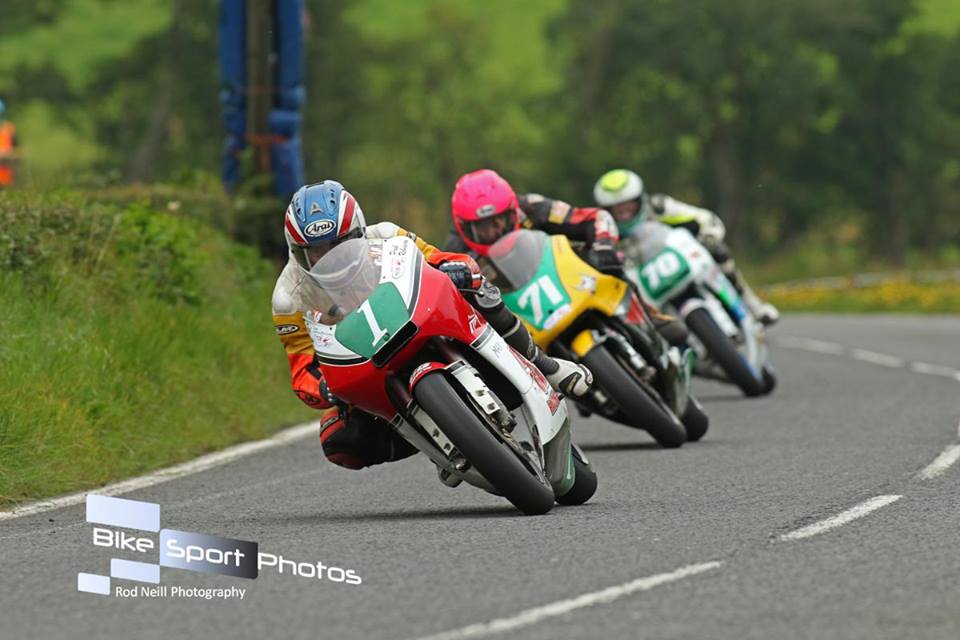 Looking towards the Plant Lubrication (NI) National Ultra Lightweight/Lightweight race, a diverse strong grid of 125’s, Moto 3’s, 400’s and a few 250’s are all set for action next week, at Dundrod.

Pre race 125/Moto 3 favourite has to be in my opinion Christian Elkin. Runaway race winner at Armoy, the Bob Wylie Racing rider goes into the MCE Insurance Ulster Grand Prix in excellent form.

Tipped to dominate again at Dundrod, within the Ultra Lightweight class, one of the main challengers to the Randalstown based racer will be rising star Adam McLean.

One of the stars of the 2017 roads season, he’s nigh on certain to be a prominent front running factor aboard the Mark Hanna Racing RS 125 Honda. 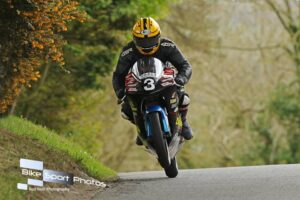 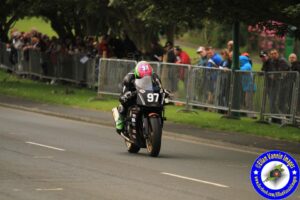 Once attracting entries of 50 plus at the international road races, nowadays your lucky to gain entries of ten or more 250’s taking in pure roads competition.

Unfortunately same applies to the Ulster GP; an extremely positive aspect to the class has been added though with Bruce Anstey making his two stroke Dundrod debut, on the Lightweight Classic TT winning, Padgetts RS 250 Honda.

Although a firm favourite for race honours, don’t discount Logan Racing’s Neil Kernohan from mixing it against the 34 times international road race winner. 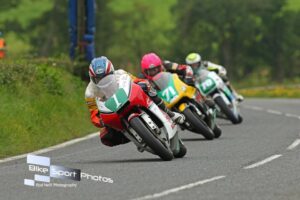 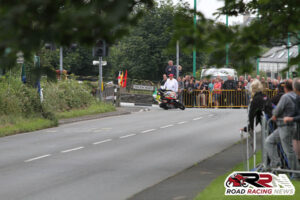 The only international roads meeting to still run races consisting of 400’s and two stroke machines, you have to applaud the Ulster Grand Prix organisers loyalty, to two classes which have an extremely rich road racing heritage.

All that’s left to say is start the countdown, till Ultra Lightweight/Lightweight competition begins at the world’s fastest road race.