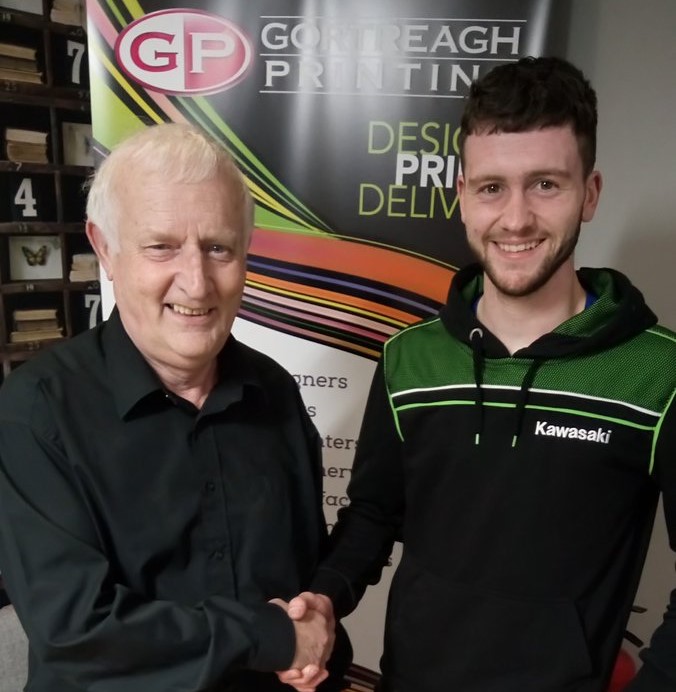 Left in what looked a precarious situation last evening, having parted company with Team IMR, leading next generation road racer Adam McLean, services for the 2018 roads season have been quickly snapped up, by none other than the vastly successful McAdoo Kawasaki team.

Rated highly by the likes of Dean Harrison, Jamie Coward, Ivan Lintin and Derek McGee, there’s no doubt that the Tobermore racer has the potential to in years to come, establish himself amongst the world’s leading pure road racers. 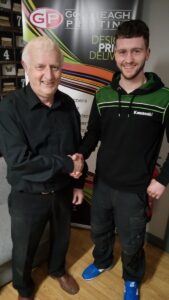 Speaking about his new set up for the 2018 roads season, he said:

“I’m over the moon to sign for McAdoo Kawasaki. I’m sorry it didn’t work out with Team IMR, but when the team contacted me today, I couldn’t believe I’d got sorted so quickly.

I really the Kawasaki bikes last year, and I’m happy to be reunited with MSS on the new McAdoo ZX-6R and ZX-10RR, I’m confident we can be successful together and make the next step in my career. I can’t wait to get started.”

“We’ve been massively impressed with Adam’s progress in the last couple of seasons and were pleased for him, when he signed for Team IMR.

However when the news broke yesterday that he’d parted with them, Nick Morgan from MSS and ourselves both agreed it would be a fantastic opportunity, to step in and support Adam this season.

Nick and Jeb from MSS have a proven track record of building very fast Kawasaki’s, and will prepare the team’s 2018 ZX-6R and ZX-10RR machines for James (Cowton) and now Adam, so we’re confident we can give them the equipment they need.”

They went onto add:

“We’re extremely proud of our track record, in taking young riders to the very top of the sport and believe Adam is the most exciting Irish rider to come along in a long time.

His achievements so far are remarkable considering his lack of experience, he’s already mixed it with the world’s best road racers at just 21 years old.”