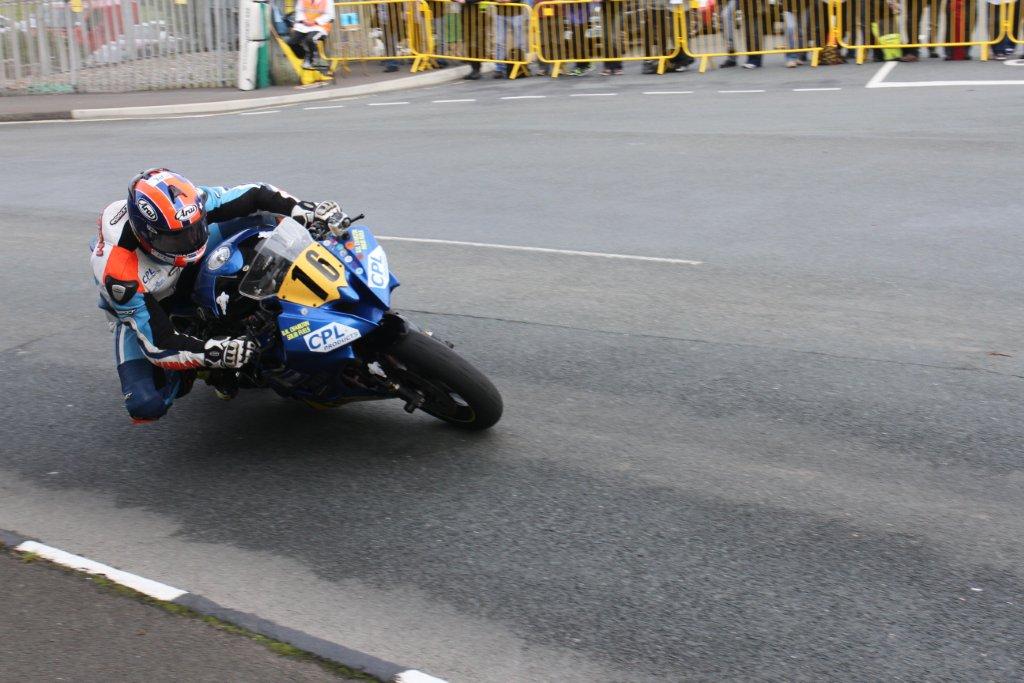 Richard Charlton stepped up a level around the Mountain Course, at the 2016 Manx Grand Prix, as he produced series of impressive performances.

Finishing overall third quickest during practice week, in the Junior class, expectations where high for the four lap Junior encounter, as he piloted the CPL Products backed YZF R6 Yamaha.

Next race on the horizon was the Super Twins. Following one of the best rides of his Manx GP career to date, Richard finished an excellent sixth finishing in front of many a rising roads star. 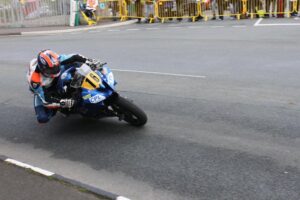 His race week concluded with 14th position in the blue riband Senior encounter, which saw him lap close to the 118 mph mark, following lap speed of 117.585 mph set on the fourth and final lap.

Commenting on his Facebook page, Richard summed up his 2016 Manx GP campaign:

7th in junior, 6th in the twin’s race but struggled in senior to 14th. Bit disappointed with results as wasn’t comfortable in damp patches but I no I can do the times just need to work on my races.