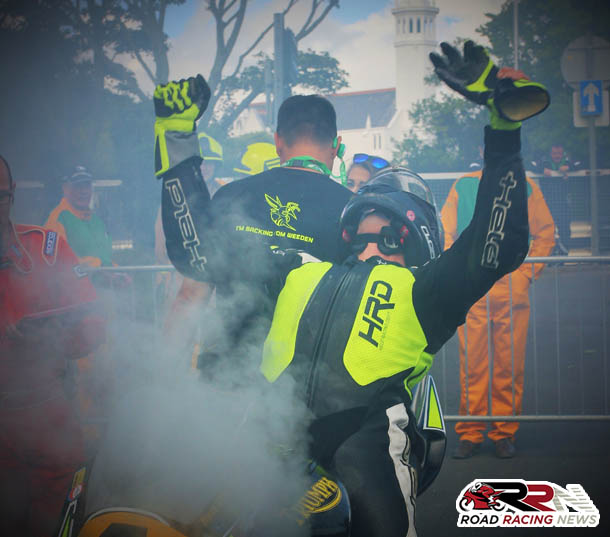 Full round up of many an interesting fact, from the 2016 Manx Grand Prix.

The leading Kawasaki mounted rider in the Newcomers A race, was Paul Williams, who finished a more than creditable eighth.

Although the SV 650 Suzuki is not considered the machine of choice in the Super Twins class, the four lap race saw two Suzuki’s within the top ten finishing positions as Slick Bass backed Andy Dudgeon and Dean Osborne finished third and tenth.

Jamie Hodson’s race winning time in the Super Twins Manx GP, would have placed him 11th in this years Lightweight TT. 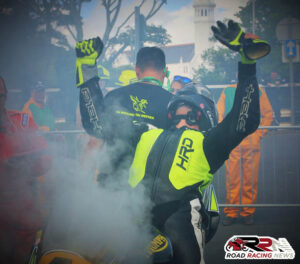 Tom Weeden’s race winning time in the Senior Manx GP, would have placed him 18th in the opening Monster Energy Supersport race, at TT 2016.

In total 16 countries where represented at the 2016 Manx Grand Prix.

The two newest members of the Tommy club for riders to have lapped at over 120 mph on the Mountain Course at the Manx GP, are Tom Weeden 121.109 mph and Andy Dudgeon 120.212 mph.

During practice week over 46 riders lapped in excess of 110 mph, whilst the leading two stroke mounted competitor in the Super Twins race was Denmark’s TZ 250 Yamaha mounted Carsten Svendsen, who finished a very respectable 23rd.

Japan’s Masayuki Yamanaka is the only competitor from Asia to have competed this year on the Mountain Course.

Paul Van Der Heiden’s Newcomers B race victory, was the first by a competitor from Australia on the Mountain Course since Cameron Donald’s 2008 Superstock TT success.