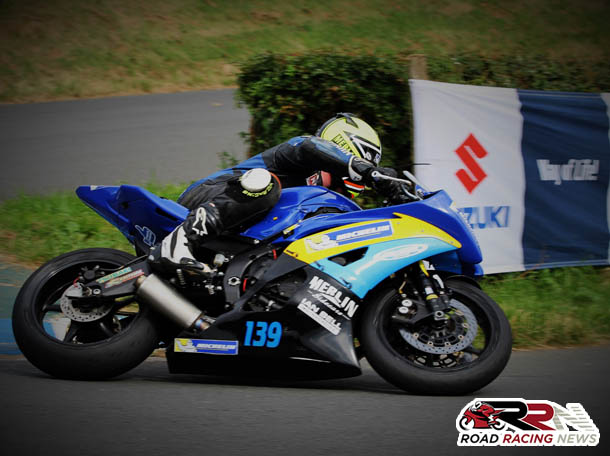 This year’s Newcomers Manx Grand Prix races, sees 39 riders in total taking to the Mountain Course for the first time.

As is the case every year, it’s always difficult to state who are potential podium finishers. One things for sure though, there are multiple talented riders taking to the TT course for the first time.

They include Wayne Humble, on his own teams YZF R6 Yamaha backed by Michelin Tyres.

Having impressed this year at Oliver’s Mount, Wayne goes into the Manx GP, with the roads craft, talent and knowledge from various trips over to the Isle of Man, to be in my opinion in contention for newcomers A victory. 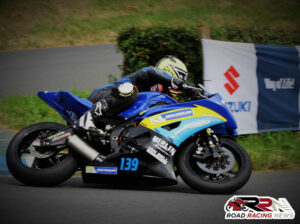 Some may say this is a big statement from me, but it’s a sign of how impressive Wayne has been at Oliver’s Mount, as a roads debutant.

James Hinchliffe on the Mitton Group backed ZX6R Kawasaki, has also been amongst the fastest rising stars at Scarborough, in recent years. 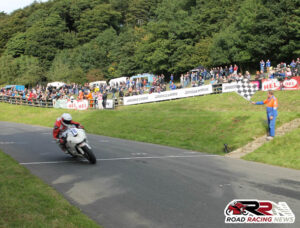 A top three finisher at the Southern 100, alongside victories at last year’s Scarborough Gold Cup, he is a definite one to watch.

Same notion applies to Thomas Maxwell on the Northern Racing YZF R6 Yamaha. The sixth place finisher in the 2015 Irish road race supersport championship, has enjoyed so far in 2016, another productive roads campaign.

Tipped to have an extremely bright future, Thomas has the proven roads ability, to be pushing for a podium finish or better.

Michael Evans, runner up in the senior support consolation race at the Southern 100, will start in my opinion amongst the leading riders from the Isle of Man. 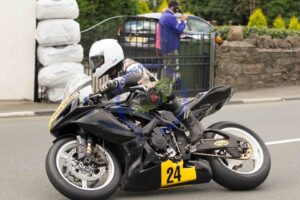 Fellow Manxman Jamie Williams, set to pilot his own teams CBR 600 Honda, has also impressed this year around Billown and at Oliver’s Mount. 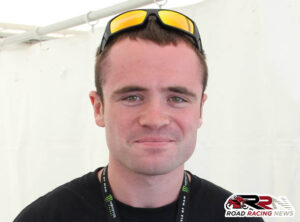 Quietly confident of making an eye catching Manx GP debut, he has the talent to push for a spot on the podium.

Vinny Brennan holds the number one plate on the 2000 network backed YZF R6 Yamaha, he’s another contender for a top class result.

It’s great to see the iconic Munro name taking to the Mountain Course. Lee is hugely looking forward to his first appearance on the most famous road racing circuit in the world.

Looking towards the newcomers B race there is in total 14 entrants.

What the entry lacks in quantity, it more than makes up for, in the sheer diversity of the riders competing in the race.

They include Olympus Racing’s Savvas Kosmidis, who is accomplishing a long held ambition of competing around the Mountain Course.

Originally from Greece, but now based in America, he is a highly accomplished racer, who has the talent to be quite possibly a front runner in the newcomers B Manx GP encounter.

Same applies to Michael Brookes, who was amongst the leading newcomers at the Cookstown 100.

Colin Bowles, Steven Horne, Jonathan Perry and Scott Miller all have the roads experience to push for top three finishes, as does Dan Ingham, who will be competing on his purple liveried RVF 400 Honda. 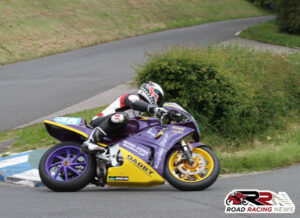 Shirlaws Motorcycles backed Marc Ironside, in my opinion starts one of the strongest contenders for race victory.

Impressive on his debut at the Mid Antrim 150, Marc has established himself this year to be amongst Scotland’s leading roads exponents.

Denmark’s Carsten Svendsen is the sole two stroke mounted competitor in the field, whilst Australia’s Paul Van Der Heiden pilots one of the most intriguing machines in the race, a machine titled the Ducati monster.

In recent years we have seen many a rider announce himself to the pure road racing world, as a future TT winner, courtesy of their performances in the newcomers Manx Grand Prix races.

Expect no different this year, as rising roads stars, up and coming roads stars, experienced roads competitors and newcomers to pure road racing, all aim to make a name for themselves on the Mountain Course.